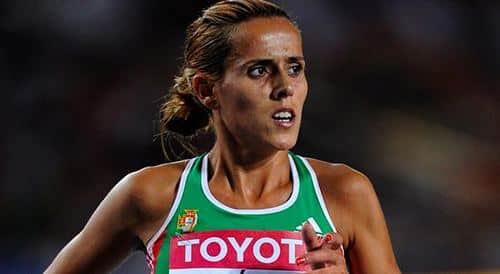 Portuguese Socialist Prime Minister José Sócrates has resigned after failing to get Parliament’s approval for his Government’s austerity measures.

The Socialist Party government, which won a second term of office in last year’s general election with a minority, failed to reach agreement with opposition parties for its fourth Stability & Growth Pact (PEC4).

The defeat, which amounted to a vote of no-confidence in the government, its leader and its policies, was a political defeat for the Government but a personal one for Sócrates, who has always been portrayed by his opponents, critics and the press as a character that played the victim.

The end was in sight for many commentators over a week ago after the Prime Minister’s return from a meeting in Brussels in which he proposed a fresh set of austerity measures without first consulting the President of the Republic, the Leader of the Opposition, Pedro Passos Coelho, or Parliament.

Adversaries saw it as yet another example of the Prime Minister’s dictatorial style and attempts to cling on to power, whatever the cost.

In the end, even his trusty and most loyal minister, Luís Amado, the Portuguese Minister for Foreign Affairs, had to admit last week that Sócrates, as the head of a minority government, should never had presented proposals in Brussels without first seeking consensus.

Following his short meeting with the President, who pointedly distanced himself from getting involved in the crisis, José Sócrates blamed the opposition PSD party for deliberately creating a political crisis to bring down the government.

However, he said that he would continue to lead the PS party until snap General Elections are held, probably in May or early June. He also announced he would fight those elections.

The outgoing Prime Minister said in an address to the nation around 9pm last night that he had “every confidence in the wishes of the Portuguese people” and was only sorry that “hunger for power had put the national interests at jeopardy”.

“Today the political parties have taken away all the conditions necessary for the Government to govern,” he said.

“They’ve done it without presenting any viable alternatives, without providing the opportunity for a responsible dialogue,” he added.

The BBC was among the first international news organisations to carry the story around the world with invited financial analysts claiming that the Government’s fall was likely to trigger a bailout similar to the rescue packages Greece and Ireland had to accept last year.

All five opposition parties, the PSD, CDS-PP, PCP, Greens and Bloco Esquerda voted against the new Stability & Growth Pact, which included spending cuts, reductions in pensions of €1,500 and more and tax increases.

The Government’s fall comes in advance of a European Union Summit on Friday to decide the details of a Eurozone debt crisis plan.

The failure of the two main centre bloc parties to reach a consensus in recent weeks comes against the backdrop of increasing pressure and distrust from the financial markets, particularly bond investors, who do not believe that the Portuguese Government is capable of meeting its debt obligations.

Borrowing costs for Portuguese 10 and five-year sovereign bonds have remained consistently and prohibitively high since last year, with interest rates hovering around seven per cent.

Several ratings agencies including Moody’s and Standard & Poors have slashed Portugal’s creditworthiness by successive points in the past 12 months, worried by a mixture of Portugal’s ballooning public indebtedness, Portugal’s banking sector dependence on foreign financing, the country’s lack of productivity, competitiveness and growth which stands at between 0.7% and 0.9%.

Addressing the nation from the official Prime Minister’s residence of São Bento in Lisbon, José Sócrates said: “This crisis has occurred at the very worst moment for Portugal.”

Without directly referring to the opposition PSD, the Prime Minister added that the “responsibility for the political crisis was down to those who were hungry and impatient for power”.

“This obstructive attitude is nothing new and has been going on since the government took office,” he said.

“What happened today in the Portuguese Parliament has nothing to do with me or the Government, it has to do with the country and today a political crisis has been added to an economic one which will have very serious consequences on the financial markets,” he warned.

Following the Prime Minister’s resignation, the leader of the PSD opposition, Pedro Passos Coelho, said it was “time to put an end to the suffocating climate” in a situation he likened to a “swamp”.

“In a democracy and in an adult and mature society, whenever a situation of stalemate is reached, whenever we’re drowning in a swamp, the worst that can happen is to be paralysed by the fear of accepting responsibilities and put an end of a suffocating situation and that’s what I’ve done,” he said.
1″>news