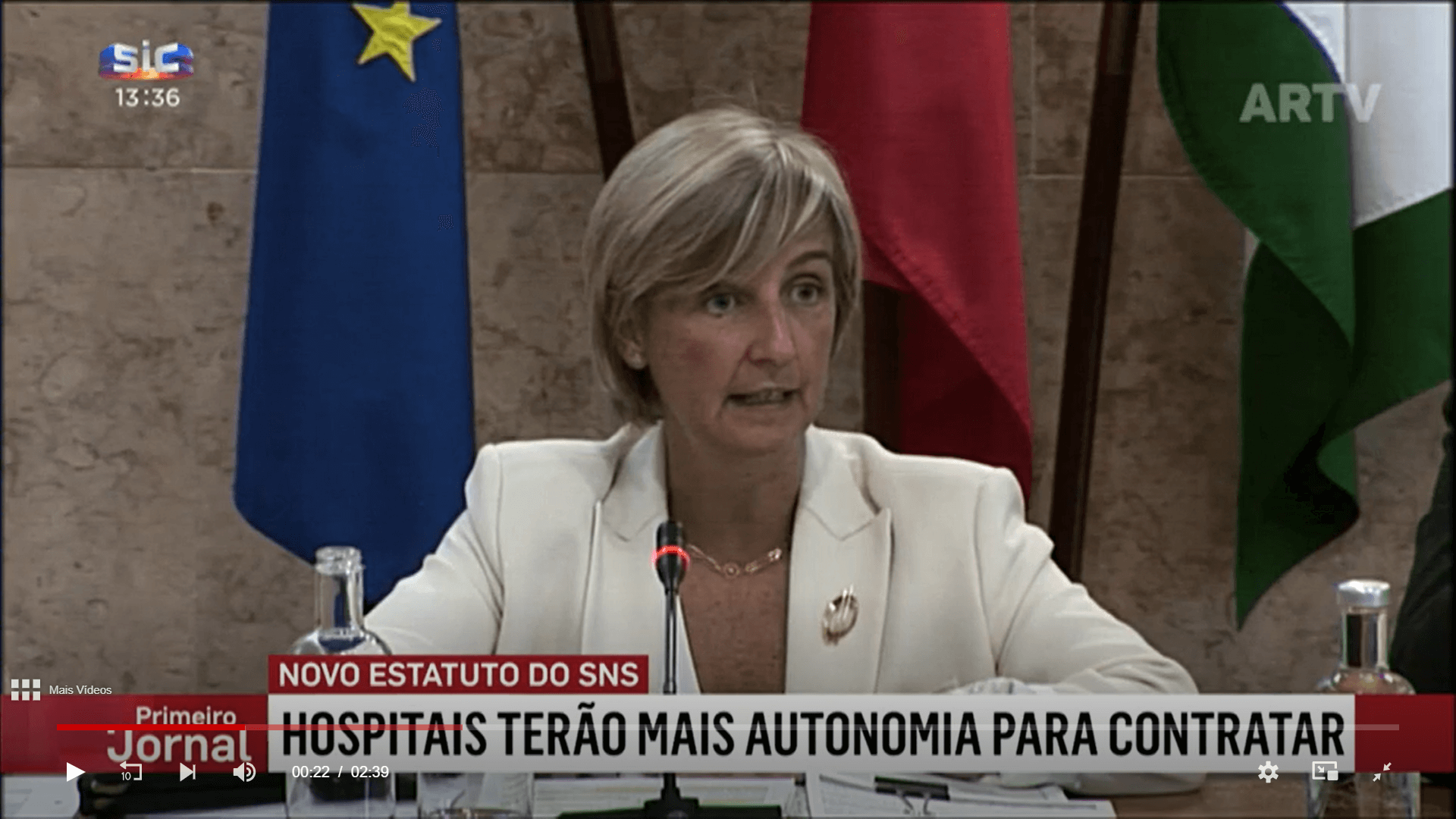 Health minister Marta Temido has managed today to apologise for the ongoing failings in Portugal’s State (SNS) health system, at the same time as showing they essentially were bound to have happened anyway.

Announcing that a new Statute for the SNS will be approved by the Council of Ministers next week, she assured it would bring strategic solutions to the sector, “a vision in terms of human resources with autonomy of hiring, incentives for health professionals and pacts of permanence”.

Her ‘mea culpa’ however is what is buzzing across the media this afternoon – and it was quite something. She even took responsibility for lavatories that don’t work…

“I don’t know which part of it (people) still haven’t understood of my total responsibility and feeling of responsibility for everything that fails in the SNS, from the phone calls that remain to be made, to the toilets that are not working, to the air conditioners that don’t work, to the people who are waiting, to the contacts that are left, sometimes rude communication or lack of communication,” she told parliamentary colleagues.

“Responsibility is always and totally mine and it is the part, obviously, for which I apologise,” she insisted.

She stressed that an executive leadership of the SNS (which is obviously coming) “will be an extraordinarily difficult and heavy post and a post that will allow the services’ responses to work more smoothly and to have a greater overall vision”.

On the perennial and chronic lack of human resources, Marta Temido stressed that since PS Socialists took office in 2015, numbers working within the SNS have increased (from 119,000 to roughly 151,000). It is not so much about numbers, as ‘performance’, explained television commentator Luís Marques Mendes last weekend, drawing from a recent study.

But as far as Marta Temido is concerned, ‘lack of investment’ is not the issue. The government has opened a tender recently for the hiring of 1,639 newly-specialised doctors – and there are concrete financial incentives coming to attract them (see below).

“This is a complex problem and the answer is also complex”, she said, highlighting also the efforts being made in terms of salaries.

Family health remains the health service’s first priority, said Ms Temido, which is why financial incentives, from between 40% to 60%, in some cases, are being offered.

She gave the example of a specialist doctor receiving a monthly salary of €2,779. If that doctor accepts a position in a health district that is without specialist cover, he/ she could receive another  €1,667 per month.

Considering the millions of euros spent on agency staff in the past (roughly €142 million in 2021, plus another €388 million in overtime payments), it does seem to have taken lawmakers a lot of time to come to this new formula.

Needless to say, Ms Temido promises a new approach to what has often seemed shambolic State healthcare – with more cancer screenings; much more investment in human resources and in enhancing the general working environment.