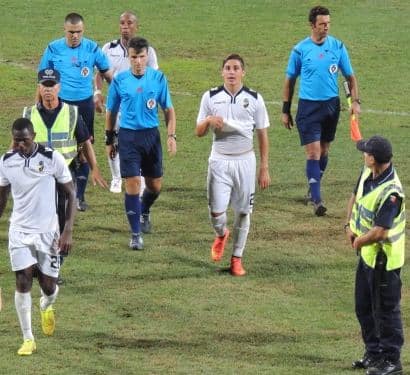 From gastronomy and crafts to sport and culture, residents and visitors to the Algarve have plenty of unmissable events to choose from and one thing is for sure – there is no place for boredom in the region!

Starting with FIESA, described as the largest sand sculpture festival in the world, the event promises to delight the whole family with giant sand masterpieces, this year under the theme ‘Idols’. Expect to bump into Marilyn Monroe, Michael Jackson, Cristiano Ronaldo or Gandhi at the event running daily until October 25.

The popular international bikers meeting of Faro, now in its 31st year, began yesterday (Thursday) with thousands of bikers from around the world descending in the capital to share their love of bikes and the road. Headline acts for the four-day festival are Noidz (19th), Apocalyptica (20th), Billy Idol (21st) and WarCry (21st).

Lovers of sport have rugby and football to look forward to this month.

The International Rugby Algarve Sevens will see 12 nations competing in the concluding round of the European Grand Prix 2013 World Cup qualifying series today (Friday) and tomorrow at Faro’s Algarve Stadium. Games start at 5pm each day (More informationn at www.algarvesevens.com). The Rugby Sevens World Cup will take place in Russia.

From July 26 to 28, the same Algarve venue will be hosting the International Guadiana Football Tournament with Sporting de Braga (Portugal), Olympiakos (Greece) and Newcastle (England) vying for the cup. Games start at 8.45pm.

As always, tradition abounds at events in the Algarve. São Brás de Alportel is hosting another Feira da Serra (Mountain Fair) from July 27 to 29, from 7pm to 1am, while nine days of medieval fun can be expected in Silves from July 28 to August 5 at the city’s annual Medieval Festival (daily from 6pm to 1pm).

Gastronomy is also  high on the agenda starting this weekend with Lagoa’s Convent Sweets Show (Mostra de Doce Conventual) running until Sunday. From 6pm each day, head for the Convento de São José to try some of the best sweets, cakes and jams you have ever tasted in your life.

For the brave ones, the Medronho (Fire Water) Festival is being held for the first time this weekend (July 20 to 22) in Monchique as a side show to the popular Presunto (Smoked Ham) Festival, now in its 15th year.

Seafood delights will be served in Faro’s Largo de São Francisco during the Ria Formosa Festival from July 27 to August 5. Indulge in seafood bean stews and cataplanas, or try freshly-caught cockles, spider crab and oysters.

Ivete Sangalo, one of Brazil’s most famous singers, will attract a huge crowd to Portimão’s Municipal Stadium on July 28 at 10pm.

For lovers of jazz, the 18th Loulé International Jazz Festival will bring some of the world’s best jazz players to the Cine-Teatro from July 26 to 28 from 7pm.

If this isn’t enough to get busy with, then download the full events programme for July at www.visitalgarve.pt. I.L.

For more Algarve events, please also see our What’s On section (page 42 to 44).