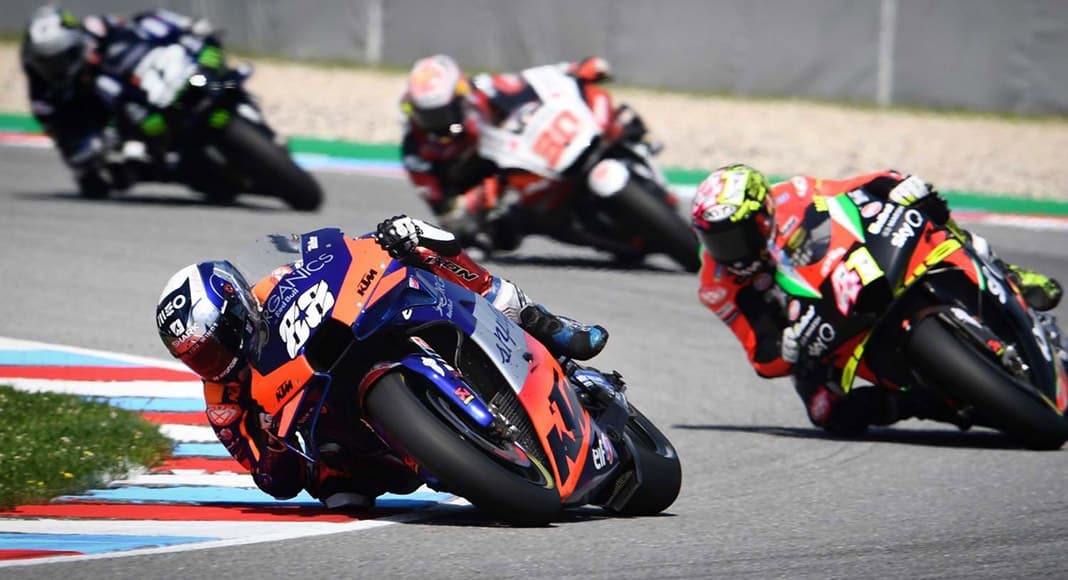 After securing the return of Formula 1 racing to Portugal, the Algarve’s International Racetrack in Portimão has been announced as the venue for the final round of the 2020 MotoGP season between November 20 and 22.

The racetrack has been a reserve track for the MotoGP since 2017 and will now finally make its debut on the calendar, the plan being to have around 30,000 spectators in the stands.

“I am very proud that MotoGP will return to my country eight years after the last Grand Prix, which took place at the Circuito do Estoril in May 2012,” the International Motorcycling Federation president Jorge Viegas said in a statement.

“I would like to warmly thank Dorna, the Autódromo Internacional do Algarve and the Motorcycling Federation of Portugal for having managed to meet the necessary conditions for the organisation of the finale of the 2020 FIM Grand Prix World Championship to take place in Portugal,” he added.

Meanwhile, the racetrack’s CEO Paulo Pinheiro said it is a “great achievement for our team to finally have MotoGP at our racetrack”.

“MotoGP is the pinnacle of two-wheeled motorsport, and we are so excited to have it. It has been a long process with Dorna, we had an agreement in place since 2017, and finally all the hard work paid off. On top of this, to have Miguel Oliveira on the MotoGP grid, being able to fight for the podium, will be an amazing add-on for this race, and hopefully the Championship will be decided here,” he said.

Pinheiro added: “We are working to have the fans in our race, and we will start with a capacity of 30,000 fans for the race weekend and then we will decide with Dorna and the sanitary authorities the following stages. We can’t express how happy we are to have this race.”

The Algarve’s tourism boss has also celebrated the arrival of the MotoGP competition to the region.

“This is excellent news for the Algarve,” said João Fernandes, adding that the region “couldn’t be prouder” to host three major sports events before the end of the year – the Portugal Masters between September 10 and 13; the Formula 1 GP between October 25 and 27 and now the Moto GP between November 20 and 22.

Fernandes believes this validates the work of the regional and national authorities in promoting the Algarve as a safe destination.

“The requirements imposed by the organisers are, as we all know, extremely high, which is why this is a huge show of confidence for the region, not only regarding the way it is handling the pandemic but on every level,” he said.

Meantime, Miguel Oliveira, who will have a chance to race on home soil for the first time on the MotoGP calendar, said it is a “dream come true.

“I raced there two years in the world championships, one year in 125 and one in Moto3, and it’s a super special place,” said the only Portuguese MotoGP racer.

“It’s a special feeling to race in my home country. The fact that it’s the last race is unbelievable. I’ll go flat out and give it my all.”

The Algarve racetrack has been described on the official MotoGP website as “truly unique, with its characteristic elevation changes and undulating layout earning it a reputation as a high-speed rollercoaster – a thrill ride for fans and competitors alike.”

Tickets for the MotoGP race in Portimão are already for sale (click here).

28,000 tickets sold for Portimão’s F1 GP
Around 28,000 tickets have already been sold for the ‘F1 Heineken Grand Prix Portugal’, which will take place between Friday, October 23 and Sunday, October 25 at the Algarve’s International Racetrack in Portimão.

Prices started at €85 but demand has been so high that now the cheapest tickets are being sold for €225, said the racetrack’s CEO Paulo Pinheiro.

At least 50,000 people are expected to be in the stands, although the number could reach a maximum of 60,000 – around two thirds of the racetrack’s capacity.