Portugal Resident
Home Original It never rains but it pours 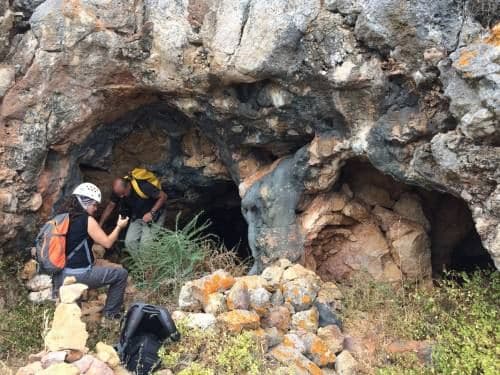 While feeling twinges of regret that we were not in Britain enjoying the fun of heavy snowfall with its sporting challenges, January in Algarve brought a surplus of the melted variety in sufficient quantity to restore both underground lakes and barragens.

Apart from trips out in the car, the only practical footwear has, for weeks, been Wellington boots. Our land and the countryside around remained waterlogged to the delight of Millie the bitch that thinks mud is for sharing with household furnishings as well as being an aid to beauty.

For the first time in many years, the Barragem da Bravura was being vented by the middle of the month. Two powerful mud coloured waterfalls were crashing on to the downstream valley far below, each with its own rainbow when the sun shone.

Constructed in 1958 as an arch dam because of the design’s ability to withstand seismic activity, it is also subjected to great hydrostatic pressure when the lake is full. This force is transferred to the supporting rock abutments, and since 1986 we have watched cracks in the left hand rock face widening and new ones appearing. Occasionally, when lying awake at night listening to recent storms, I have wondered how our valley would fair if the construction gave way.

Better to put that on the back burner and consider the consequences of so much rain on our plot as well as on other stretches of open country in the vicinity. Dawn broke late one morning, the sun buried by thick sheets of weeping grey cloud, to reveal our drive blocked by a fallen cork oak.

Healthy and with a dense leafy crown the night before, the weight of water retained and the soggy earth below had combined to bring it crashing down. With an appointment to keep and no

means of shifting the tree, a quick call to Maria brought help within half an hour. Her brother cleared a passage through, promising to come back and reduce the beautiful timber to logs.

When we came home a couple of hours later, the whole job was done, the drive cleaned and the gang of four about to leave. At some time in the future, the same party will come to reduce a pile of massive blocks of wood to manageable chumps for the fire, and no doubt would do the same for our neighbour whose venerable oak fell to earth a few days before

After hammering away for days, the rain had cut channels down the driveway and endeavouring not to make matters worse, I overcooked it and slid sideways into a ditch alongside. We were on our way to Church.

Ever resourceful, the Boss walked back up in a downpour to fetch his car and, failing to tow my Panda out backwards, eased the old Citröen past with wheels too near to the offside ditch for comfort and we set off for Luz Bay.

Some insects have taken advantage of rare sunny intervals, in particular an upsurge of mosquitoes thinking to breed early this year. Walks along the valley, with stream in spate and our neighbour’s barragem overflowing in a frothy torrent have been a torment. A case of swat what you can while the remainder drink their fill of blood even through a cotton baseball cap.

At dusk, crickets have been trying to out fiddle one another, the noise made by rubbing the underside of one wing against the top surface of the other. And as a matter of interest both male and female of the species have their ears in their front legs below the knee, which seems a very strange arrangement.

Farmers will be the main losers as a result of this mighty precipitation, with burgeoning crops waterlogged and their roots denied both the oxygen and minerals essential to growth. No doubt as in Britain the people upon which we depend for food will be at the back of the queue when government help is offered. Unfazed by such elemental trauma, on the land next to ours an almond tree is dressed overall in a great froth of pale pink blossom like a bridal gown, full of the promise of spring and hope for better times ahead.

At the time of writing the Boss is once again in Barlavento Hospital much to his disgust, having been felled by the same problem as in June last year. Rapid response was essential but the emergency services were unable to understand that an ambulance was needed because, being in shock, the Portuguese language had deserted me. So we drove to the Urgência in my car with wheels barely touching the tarmac and, once again dependent upon the care and attention of the medical staff, gave thanks for their immediate and sympathetic help. Now Millie and I await his return like a couple of spare parts on a garage shelf.

As always, wonderful friends rally round, one in particular providing a “meals on wheels” service of Cordon Bleu standard and others offering to drive me anywhere, any time, any place, their kindness the upside of a distressing situation.

Today the sun is shining out of a clear blue sky, an assortment of birds is grubbing for food outside my window and all good things seem possible again.