Portugal Resident
Home Portugal News “It doesn’t matter who wins on January 30, we will continue the... 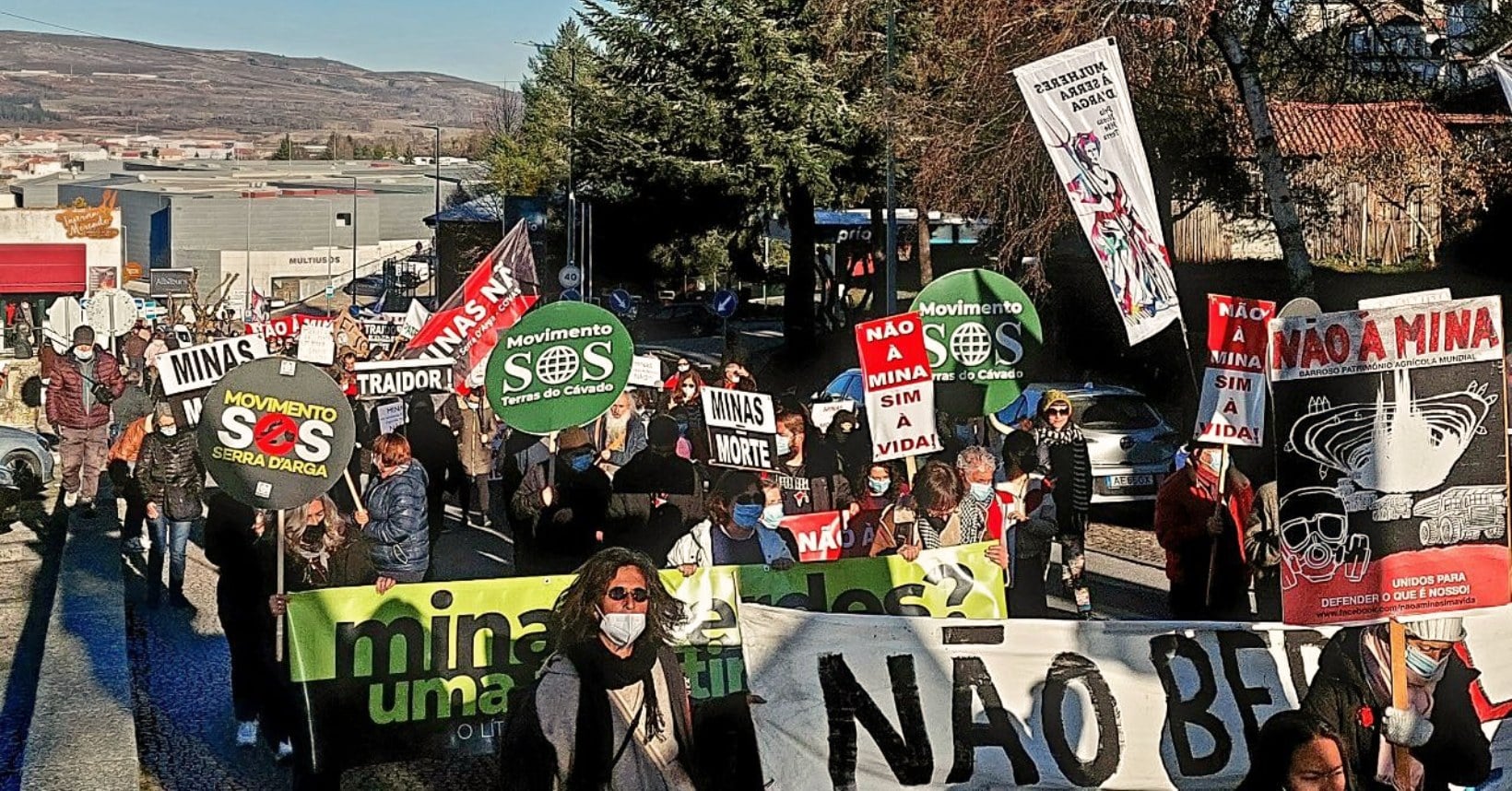 Friday saw protests in Seia, Coimbra, Porto, Lisbon – and London – against plans to sanction mining in Portugal in up to 25% of national territory.

Under the slogan “Não às minas!”, a movement which is an amalgam of platforms vowed: “it doesn’t matter what the result of the electoral theatre on 30th, we will continue our fight for life”.

In a text calling for protests to come together throughout the afternoon, the ‘National Appeal’ explained: “Portugal is being ransacked”. Areas are under “the largest and most ferocious attack by forces and interests that seek to destroy our hillsides and the way of life of the people who live and work in them, and who work and care for the land”.

In UK, the London Mining Network sent out its support, telling members: “Natural Wildlife sanctuaries, biosphere reserves, protected zones, tourist areas and fully populated cities are part of the plan and will be the victims of the Eurofever for the white gold: Lithium. However, Lithium is actually used to camouflage the extraction of more than 30 minerals under the disguise of a “green and ecological” transition.

“Portuguese people reject these projects as they only promise to bring destruction, contamination, poverty and water scarcity under the “ecology” logic of capitalism. Today we stand up for Life with Portugal and with everyone fighting deathly extractivist projects in their geographies”.

Here, surprisingly, the protests received scant exposure, though Lusa produced a comprehensive text which some media sources carried in full.

Observador online was one of these – explaining that the issue centres on 14 contracts which the National Appeal text referred to as having been “signed after the State Budget was vetoed in October and the subsequent dissolution of parliament”.

The groups are all active over social media – and the common exhortation in posts today is for members to show their antipathy to Portugal’s mining strategy through the ballot box tomorrow.