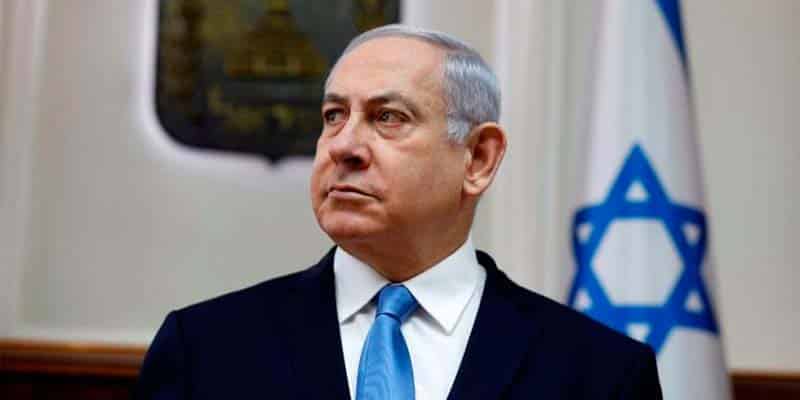 On the agenda will be “the Islamic Republic and controversial West Bank annexation plans”.

Reuters stresses that these are “hastily arranged talks” because Netanyahu’s initial plan to fly to London and meet Mr Pompeo there (as part of the US delegation to the NATO summit) presented too many ‘logistical problems’.

The news agency says the trip “could be aimed at giving Netanyahu a political boost at home”. (The long-time prime minister is facing corruption charges – which he denies – while Israeli politicas are in disarray following inconclusive elections in April, and the failure of any side to secure a ruling majority).

Reuters was vague on whether or not the Israeli PM would be received by any members of Portugal’s government, but reports here suggest that he will.

Says Lusa, he will meet prime minister António Costa and foreign minister Augusto Santos Silva tomorrow (Thursday) in São Bento to discuss ‘bilateral relations between Portugal and Israel’, although there is unlikely to be any kind of joint statement resulting.

Before leaving Israel for Portugal this morning, Mr Netanyahu “called for increased pressure on Iran and lambasted Europe for being soft on Tehran”
Speaking on the tarmac at Ben Gurion Airport, he praised the US administration for putting “tremendous pressures and sanctions on Iran,” writes The Times of Israel, “which he said was leading to instability that could cripple the ayatollah regime”.

The online revealed more on today’s talks, saying they are expected to revolve around the Iranian regime’s efforts to entrench itself militarily in Syria, as well as its increasing violations of the 2015 nuclear deal.

“The prime minister also repeated his harsh criticism of European countries who recently joined the INSTEX financial mechanism, which is meant to allow Iran to continue to sell its oil despite punishing US sanctions”, adds TToI.

“They should be ashamed of themselves,” Netanyahu said angrily. “While people are risking their lives and dying on the streets of Tehran, they’re giving sustenance and support to this tyrannical regime. The tyrants of Tehran should not be supported now; they should be pressured.”

The trip marks the first visit to Portugal of an Israeli prime minister since 2000, when Ehud Barak went to Lisbon to meet then-US president Bill Clinton.

Mr Netanyahu himself last traveled to Lisbon in December 1996, during his first term as prime minister, when he attended a European Council for Security and Cooperation summit in the capital.