An Israeli real estate investor, who has plans to invest up to €60 million in Lisbon and Porto property developments, has a rather unusual method of coaxing reluctant owners to sell — he hires psychologists.

Eli Omer, who is now starting work on his third development project in Porto, told the newspaper Jornal de Negócios that when he sees a good business opportunity but is faced with reluctant proprietors who are “emotionally attached” to the property or land, he hires psychologists to help them see that it makes no economic sense for them to hold onto the assets.

Says Jornal de Negócios, the developer who has been living in Porto for two years has already completed two projects in the city’s downtown area, and is now working on his third – The Duke’s Square – and also has plans to invest in the suburbs of Lisbon.

The developer was drawn to Portugal in 2017 and, after studying different options and cities, decided to invest in Porto and in 2019 brought his wife and three children to live in the city.

Setting up the brand Osquared, he sold two rehabilitation projects – Cedofeita 630 and Almada 516 situated on streets of the same name.

Cedofeita 630 involved refurbishing a 19th century property while restoring its original façade and resulted in five one- to two-bedroom apartments spread over three floors and an area set aside for shops.

Almada 516, located next to prime street Avenida dos Aliados, is a building dating from the 1970s which was refurbished with eight apartments ranging from studios to three-bedroom properties.

And after investing €4.5 million on these projects, he is now on his third residential project in Porto, The Duke’s Square on Rua Duque de Loulé, next to Praça da Batalha.

This will have eight apartments of different typologies of which 50% have already been sold ‘off plan’.

The developer says his goal is to invest €40-60 million over the next few years in the Porto and Lisbon cities.

“We believe in the Porto and Lisbon suburban residential market, and think that, despite the current downturn, these will bounce back strongly,” he told the newspaper without going into details over specific locations.

Eli Omer says that Osquare is very “flexible” as to its business model. “For example, when dealing with owners that are emotionally tied to their land, when for them it doesn’t make economic sense to hold onto them, we hire a human behavioural psychologist and find ways in which the property owners can retain a share in the asset as shareholders, while we build an extremely innovative development.” 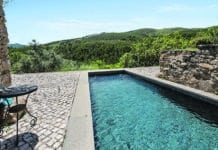 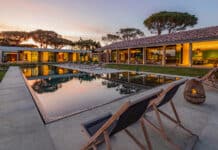 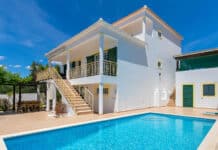 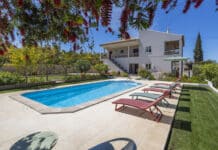 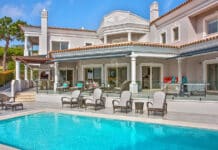 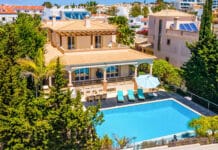