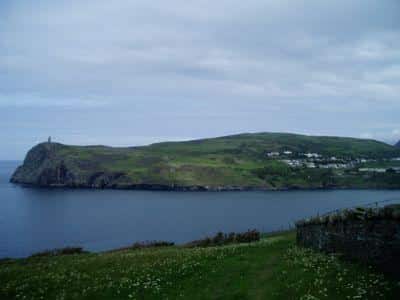 The Isle of Man, a popular offshore banking jurisdiction for expatriates, is to start automatically exchanging information on bank accounts with the tax authorities in the owners’ country of residence, as part of the EU Savings Tax Directive.

This is the first time that an Offshore Financial Centre (OFC) has agreed to allow free information exchange between countries… but it could just be the start of a more universal approach.

The move was announced on June 24 by Isle of Man Treasury Minister, Allan Bell, when addressing the annual Organisation of Economic Co-operation and Development (OECD) Forum in Paris.

Some years ago, this significant announcement would have made bigger headlines than it has today. The fact that it has not done so reflects the fact that OFCs capitulating to pressure to improve tax transparency is becoming quite commonplace. Nonetheless this change in the rules could have implications for thousands of offshore bank clients.

Under the terms of the Savings Tax Directive, the Isle of Man currently offers clients a choice between having tax deducted at source and automatic exchange of information (where interest is paid gross).  Now, with effect from July 1 2011, if you are an EU resident and bank in the Isle of Man, you will no longer have this choice. The withholding tax option will be withdrawn and your tax authority will always have access to your bank account.

Information on every bank account will be exchanged at least once a year and automatically – it is not only those suspected of tax evasion that will be reported on.

The minimum amount of information given to the tax authorities in the account holder’s country of residence is:

• Interest payment data including the amount of interest income earned

• Information regarding any proceeds from sale, redemption or refunds

Of course there is nothing wrong with having an offshore bank account and, in many cases, it is a very practical solution for expatriates.  Many already opt for exchange of information and so the new rules will not affect them in any way.

Everyone living in Portugal or the UK should, in theory, have chosen the information exchange option since they are legally obliged to declare and pay tax locally on their worldwide income.  The interest income should be declared even if withholding tax is deducted.

The problem will be for those people who for whatever reason have not been declaring their offshore account on their local tax return.  The taxman will obviously be very suspicious of any information it receives from the Isle of Man on bank accounts which had not ‘existed’ prior to the new information rules coming into play.

The Isle of Man chose to move towards complete tax transparency in an effort to break away from the ‘tax haven’ label and put itself at the forefront of international tax co-operation.

It is also pre-empting tougher disclosure rules that are bound to be imposed in future years, as well as the issue of how many of its clients will be prepared to pay the 35 per cent withholding tax rate scheduled to commence on July 1 2011.

“The global financial crisis has delivered a demand to all countries large and small to engage further in international tax co-operation and align their policies with international benchmark standards.  [The Isle of Man’s] decision today to move to automatic exchange of information under the EU Savings Directive is a clear sign that we intend to continue to lead the way in international tax co-operation and transparency.  This is a signal to our trading partners and investors alike that we can continue to be relied upon and that our name is associated with probity and foresight.”

He added: “Our work does not, and cannot, stop on these matters and we will be making further tax cooperation announcements throughout this year and beyond”.

OFCs have been under growing pressure to conform to international standards of fiscal transparency as governments focus on the role of tax havens in the financial crisis and the need to increase tax revenue.

There has been an amazingly fast progress towards tax transparency, with OECD general-secretary Angel Gurria noting that more progress had been made in the last eight months than in the last 10 years.

While some people may be tempted to move their capital out of the Isle of Man and away from the clutches of the Savings Tax Directive altogether, this may mean moving it to a jurisdiction with low or no investor protection and also taking the risk that that jurisdiction too will be forced to open up its bank accounts to scrutiny.  As the worldwide move to increased tax transparency gathers pace, there will soon be nowhere left to run.

It is much more sensible to sort out one’s tax affairs once and for all and then move forward using the legitimate tax mitigation structures available in your country of residence.  Such structures could result in you paying less tax than if you are currently paying the 20 per cent withholding tax.  Speak to an experienced financial and tax advisory firm like Blevins Franks to find out what these are and how they would benefit you.