Portugal Resident
Home Business Economy & Finance Is this the beginning of the end for low interest rates? 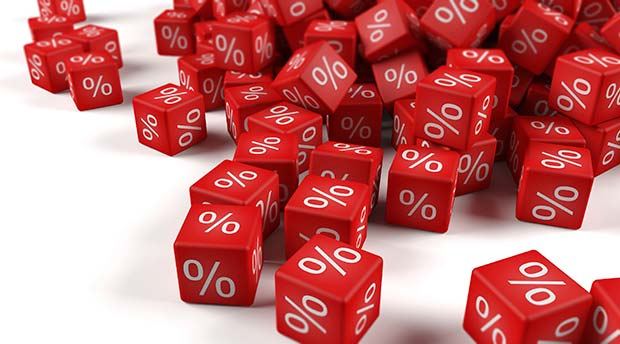 On November 2, the Bank of England increased the UK interest rate for the first time in over 10 years. Having lifted only from 0.25% to 0.5%, this is by no means a seismic shift, bringing it back to the previous historic low set in March 2009 and marking a 104-month run of rates below 1%. However, this represents a gear change in the Bank’s outlook following a decade where down has been the only direction for interest rates.

Is this a sign that the economy is improving?

The previous rate change – which shaved off a quarter percentage point in August last year – was made in direct response to the Brexit vote. For some, this increase is not so much a sign of economic recovery as a removal of the temporary ‘sticking plaster’ put in place during a time of intense uncertainty about the future. Now that the rate is back to its previous low of 0.5%, Britain is simply back to where it was pre-referendum.

The Monetary Policy Committee – which sets interest rates – confirmed that Brexit is having a “noticeable impact” on their economic outlook. However, they outlined that better-than-expected UK economic growth was one of the drivers behind their decision to increase, along with low unemployment and resilient consumer confidence.

Many see the rate increase as evidence that the Bank of England has changed course and is preparing for future rate increases. With inflation (based on the Consumer Price Index) rising – predicted to exceed 3% this month – interest rates are expected to be lifted further to dampen inflation growth.

How can interest rates affect inflation?

Generally, low interest rates help boost inflation by encouraging economic activity through cheaper credit, whereas higher rates put the brakes on creeping inflation by making borrowing more expensive. So dialling interest rates up and down is one way the Bank of England can achieve the ‘goldilocks’ zone of 2% inflation required for a balanced economy.

The Monetary Policy Committee indicated that future increases would be at “a gradual pace and to a limited extent”. They estimate that two further increases within as many years – lifting the rate to 1% by late 2019 – could be enough to reach their inflation target amidst Brexit headwinds.

What does an increased rate mean for you?

■ Saving and borrowing
While the increase is relatively small, for savers, any rise can be a boost for money held in bank deposits. Conversely, higher rates can prove costly for those with mortgages and other loans.

But, in practice, the link between the official base rate and savings or mortgage rates is weaker than ever. Although you may benefit from shopping around for better available rates, an increase of this size is unlikely to warrant an overhaul of your finances.

■ Exchange rates
In the wake of the announcement, the British Pound dropped 1.8% against the Euro to just over €1.12 as investors reacted to the Bank’s cautious tone about sluggish growth. Although it recovered, Sterling is likely to remain volatile during Brexit uncertainty. This serves as a reminder that you are at the mercy of exchange rates if you draw income in Sterling while living in Europe. Look for investment structures that allow multi-currency flexibility or consider transferring your UK pension overseas to help minimise exchange rate risk.

As a result, if you are looking to buy a retirement income through an annuity, a higher interest rate could potentially boost the amount you could secure. However, this may not be such good news for those looking to cash-in a ‘final salary’ pension. Recent ultra-high transfer values – designed to encourage members to swap generous lifetime retirement benefits for a one-off reward – are likely to decrease as providers find it easier to finance guaranteed pension payments. So if you are considering transferring, take regulated advice sooner rather than later to secure the best possible outcome.

With interest rates expected to hover no higher than 1% over the next two years, achieving better returns than money in the bank means considering ‘riskier’ investments. Although market dips can be unsettling, if you are invested for the medium to long-term in a well-diversified portfolio you should have less cause for concern. Spreading your interests across different regions, asset types and sectors will limit your exposure in any one area.

In any scenario, how you structure your finances should depend on your unique circumstances, aims, risk tolerance and time horizon, not on speculation of where interest rates may go. Make sure you are best placed to deal with the challenges of the moment – be they prolonged low interest rates or Brexit uncertainty – with regular financial reviews.