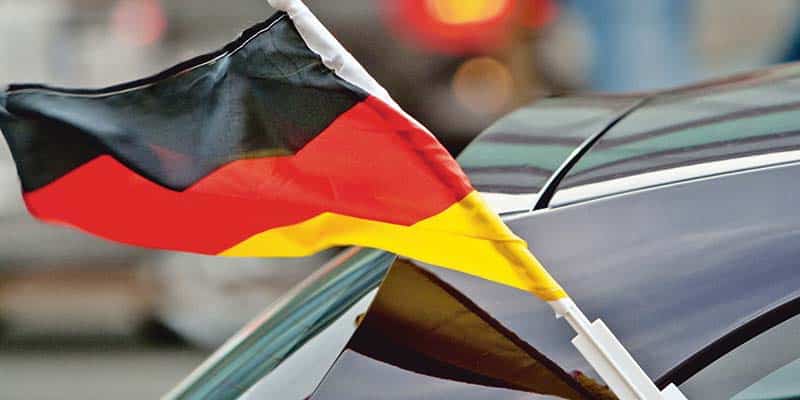 Portugal’s recent strong economic performance (GDP outpaced the rest of the eurozone in 2017 and 2018) is all the more remarkable given the difficulties facing two of its main trading partners.

The impact of the Brexit vote on Portugal’s economic ties with the UK is well known. The significant fall in the value of the pound that took place following the EU referendum in June 2016 has affected the competitiveness of Portugal’s exports to its fourth-largest foreign market and undermined tourism receipts. The number of visitors coming from the UK, the largest source of foreign arrivals, fell 5.3% in 2018 from a year earlier. That is hugely important given that tourism generates nearly 8% of Portuguese GDP and provides 7% of employment.

The long-term challenges facing Germany, Portugal’s third largest export market and the second biggest source of tourist numbers, are perhaps less well known. The German economy shrank between April and June, the second contraction in less than 12 months, and may already be in recession (defined as two consecutive quarters of negative growth). Moreover, some believe this is not a temporary downturn but marks the start of a long-term economic decline as German industry loses its competitive edge.

The leader of a Scandinavian bank made this comparison to me: “Germany is like a premiership football team that kept on winning the championship year after year and grew complacent. It failed to replace key players and now has a team of ageing stars that is doomed to sink down the rankings.”

There are plenty of statistics to back up the argument that Germany is losing its technological prowess and is falling behind in the key drivers and building blocks of tomorrow’s industries such as artificial intelligence.

Take a very basic measure such as broadband speed. Germany is only in the middle of the table in the EU, according to the EC’s Digital Economy and Society Index for 2018, lagging Portugal. Globally it is faring worse, ranked 33rd out of 38 OECD countries in terms of broadband speed as of June 2018, trailing Spain, Portugal, and even Kazakhstan.

Moreover, there are huge differences in broadband speed across the country with rural areas faring particularly badly. That matters because much of the Mittelstand, the medium-sized companies that form the backbone of the economy, are located outside Germany’s many cities and towns.

Woeful broadband speeds reflect the German government’s obsession with balancing its budget and its consequent failure to invest adequately in infrastructure. Moreover, many of the large infrastructure projects that have gone ahead reveal staggering levels of incompetence that undermine the image Germany likes to project of great efficiency.

Take Berlin’s Brandenburg airport. Originally due to open way back in 2011, it remains under construction and costs have passed €7 billion compared to the original budget of €2.4 billion. Over half a million faults have been uncovered during the building process and some are quite staggering. A few of the escalators from the train station were built too short, for example, needing very expensive additions.

Auto sector falls behind in driverless and electric vehicles
The key car industry highlights the threats facing German industry. The sector accounts for 5% of German GDP and generates over 800,000 jobs. More than 77% of the cars produced in Germany are exported and those BMWs and Mercedes cruising around Portugal are a potent symbol of Germany’s economic success and of its technological prowess.

Yet, one analyst at a large European investment manager recently told me that Germany was falling behind the US, China and other countries in the race to build the electric and driverless cars that are likely to dominate the future. Tesla is way ahead of Germany in terms of electric vehicles while the country faces serious obstacles in building autonomous vehicles.

That’s because the development of these cars is being driven by the capture of “big data”, or the vast data sets required to enable driverless vehicles to safely navigate roads. China has a huge advantage in this area. This totalitarian state is able to gather as much data as it needs unhampered by concerns about human rights.

But the collection of data in Germany is highly sensitive reflecting its Nazi past. Even the US, the most litigious society on earth, lacks Germany’s scruples in terms of sharing customer data. Every time a Tesla drives on the street, data about where the car goes, how much it accelerates or brakes, etc., flows straight into Tesla’s headquarters and helps feed the growth of future artificial intelligence, which will help Tesla in the driverless car sector.

In the field of electric vehicles (EVs), Germany is also lagging in key areas. Its strength has always been in mechanical excellence and its mechanical engineers are renowned throughout the world. But software engineering, an area where Germany is weak, holds the key to success in EVs. By contrast, the Chinese and the Americans have long churned out superb software engineers.

Europe’s new rust belt?
The decline of Detroit symbolises the fall of the American auto industry. Could the same thing happen to Baden-Wurttemberg, the richest region in Europe? It is home to many small companies that supply much of the industrial prowess of Germany. It is also where key, big players such as Daimler, Porsche and Continental are based. If electric cars really are the future, then much of Germany’s industrial output and many of the Mittelstand and iconic large companies in this region are in danger.