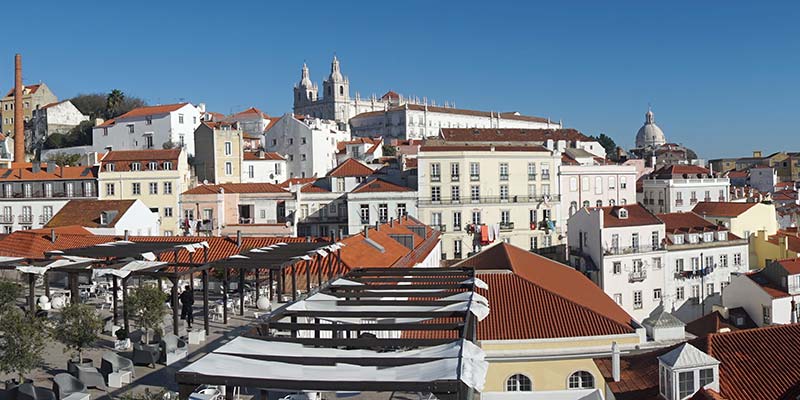 Lisbon is the main city analysed in a Financial Times article that asks whether “Airbnb investors are destroying Europe’s cultural capitals”.

The question is not directly answered in the story, although the publication cites Lisbon as an example of a city that has undergone a major transformation since the rise in popularity of short-term rental websites such as Airbnb.

For example, Alfama, one of Lisbon’s historic neighbourhoods, has seen its population shrink from 20,000 in the 1980s to around 1,000 today.

So says Luís Mendes, a geographer from the University of Lisbon and board member of the Lisbon Tenants Association, who told FT that more than 55% of Alfama’s apartments are short-term rentals, often let through sites such as Airbnb.

In fact, Lisbon is the European city with the highest ratio of Airbnb houses – around 30 per 1,000 residents – according to a study by Moody’s revealed in May.

“Airbnb grew and developed without restriction,” he says. “While San Francisco was imposing quotas, Lisbon was doing nothing.”

This turned out to be a “perfect storm” for investors to make the most of the situation.

“The economic crisis, which hit southern European cities particularly hard, left the city with a 20% decline in property prices per sqm between 2008 and 2013, and an unemployment rate of 17.5 % in 2013,” writes FT.

“Coupled with low global interest rates, the increasing availability of cheap flights and Lisbon’s rising popularity as a holiday destination — Portugal saw double-digit growth in tourist numbers every year between 2014 and 2017 — the proliferation of properties listed on platforms such as Airbnb was inevitable,” it adds.

The publication also explains that Portugal’s rental law reform in 2012 gave landlords “freedom to end years-long contracts at below-market values and replace them with short-term ones”.

The result, explains Mendes, was that the availability of long-term rentals in Lisbon “decreased by 70% over the past five years, pushing many local residents to the suburbs or further out, back to the towns where they were born and which they had left decades before in search of a more prosperous life in the capital”.

Marta Costa, head of research at Cushman & Wakefield’s division in Portugal, told FT that property prices have grown rapidly in the past five years, with a 12% increase in the past 12 months alone.

“Today, prices of new apartments in Lisbon average €6,500 per sqm, and can reach €7,700 per sqm in some of the most sought-after areas in the historic centre.

“Growth may be cooling off, however,” Costa says. “We are at maximum historic value and the potential for increase isn’t as strong.”

In its defence, Airbnb claims it has created new economic opportunities for millions of Europeans and, by its own count, added $100 billion to the global economy last year.

Writes FT, many private investors have bought and renovated historic properties that were previously at risk of dilapidation as Airbnb investments.

Eduardo Miranda, president of the Association for Local Accommodation in Portugal (ALEP), says everything comes down to “smart management”, adding that 60% of what are now Airbnb rentals in Lisbon stood empty before renovation.