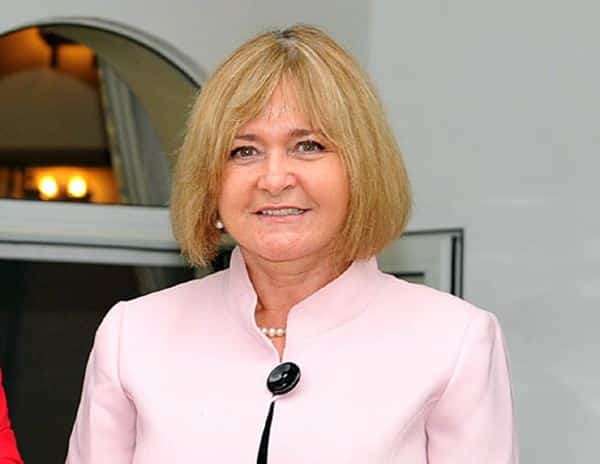 The Irish Ambassador to Portugal, Her Excellency Anne Webster, will visit the Algarve to meet Irish citizens living and on holiday in the region. On Saturday, July 12 the Ambassador will attend an informal gathering of the St Patrick’s Society at a buffet dinner and dance in the garden of two Society members.
Born in Enniscorthy, Wexford, Ambassador Anne Webster started her career as a Scientific Officer at the British Museum of National History in London. She later took up a Junior Teaching Fellowship at the University of Galway before moving to the Department of Health in Dublin.
Ambassador Anne Webster joined the Department of Foreign Affairs in 1979. Since then she has served in the Consulate General of Ireland in San Francisco; was Deputy Head of Mission at the Embassies of Ireland to Uganda and Rwanda from September 2011 until she arrived in Lisbon as Ambassador of Ireland to Portugal in September 2013. She has three grown children.
For information about the dinner and dance, contact helen.algarve@sapo.pt or call 289 586 662.