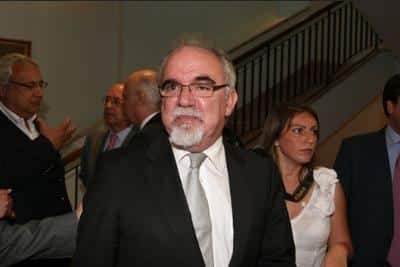 This was the message of the Portuguese employment and social security minister José Vieira da Silva to members of the Portuguese-Spanish Chamber of Commerce at a lunch in Lisbon on June 19.

The minister said that Europe and the Iberian Peninsula were facing a “multidimensional crisis” which had originated from the banking and financial services sector but had taken on a global nature which had “expanded rapidly to both the economic and social spheres”.

He defended both his government’s and worldwide efforts in both the United States and European Union to stave off mass redundancies through direct state intervention and the propping up of the financial sector, something that hadn’t happened at the onset of the Great Depression in the 1930s.

This had been vital to ensure social stability and cohesion in order to protect families, employees and small and medium companies.

“Our two economies are living in difficult times both for our companies and employees with the threat of layoffs, redundancies, wage and hour cuts,”

“It is precisely at such difficult times that reflections and dialogues between our two countries are so important, when our economies and the global economy as a whole is confronting such considerable problems and more specific problems to each of our own countries.”

He said that the reorganisational strategies employed by both Spain and Portugal during times of expansion had been hampered and curtailed in the downturn making it difficult yet imperative to respond to current difficulties at a time when the volume of investment between both countries had reached record levels.

The minister argued that it was imperative to shake up the Portuguese economy and make it productive, competitive and dynamic in order to attract foreign investment.

This had to be done rapidly and part of this effective response had to do with creating an educated and highly skilled and trained workforce, as well as continuing to control administrative and public spending in order to respond to an unfavourable balance of payment deficit vis-à-vis imports and exports, and to find new external economic relations models to produce original, innovative and competitively priced goods and services in new markets.

Protecting jobs and stimulating production capacity were priority measures for both countries in fighting the economic crisis to avoid social unrest and imbalance as well as finding alternative energy sources which would reduce Portugal’s reliance on importing fuel while renewable energy sources would help reduce energy consumption.

José Vieira da Silva also said that the time was ripe to question the labour relation models in all countries, stressing that “as we come out of this crisis we will do so in the knowledge that more flexible labour relations can only be positive for sustainable development.”

The crisis had created an imbalance in that those that lost their jobs were often those employees with precarious employment contracts.