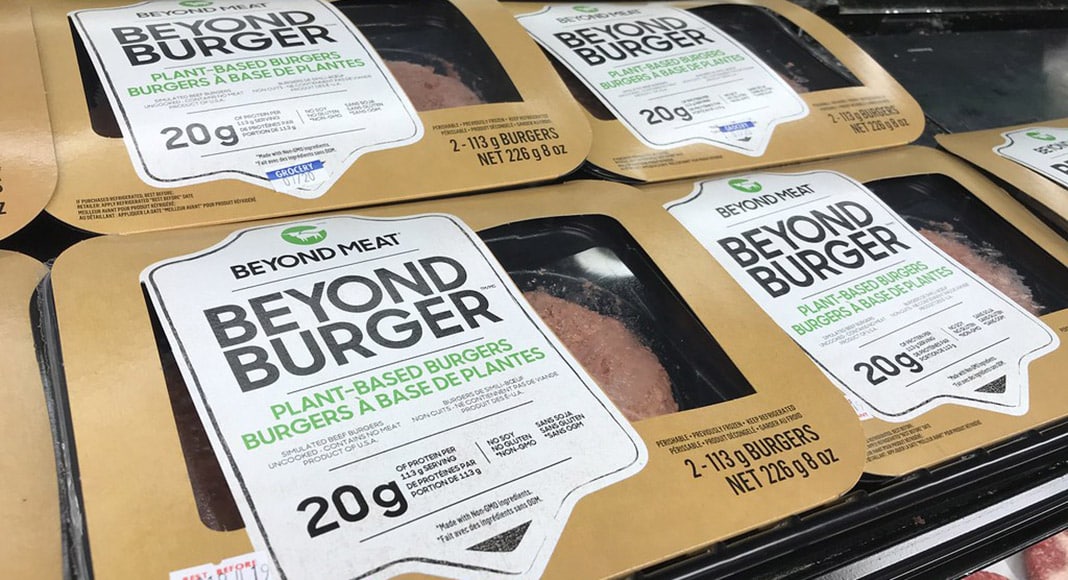 It has a catchy name, operates in the growing meat substitute market, and is listed on the Nasdaq: Beyond Meat is a company that appeals to the imagination. And that is precisely why it is wise not only to look ‘at the story’ but also at the objective figures. In this article, we will list several aspects of Beyond Meat for you. The final decision as to whether or not you choose to invest in this company remains yours.

Strategy of Beyond Meat
This company wants to grow and thus make the best possible use of the advantages of scale. Beyond Meat’s sales strategy is twofold. On the one hand, there is the retail channel (e.g. AH) and, on the other hand, so-called ‘food services’ (e.g. Subway) are used.

Pre-corona, the split was about 50/50, but this has now changed in favour of the retail channel. The disadvantage of this shift was the extra costs that had to be incurred in the second quarter due to repacking. An advantage is the higher margin that can be achieved in the retail segment. The analysts expect that the revenue distribution in 2022 will consist of two-thirds retail and one-third food services.

The risks
Companies such as Beyond Meat are exposed to countless risks. Just a few of the risks that could be associated with investing in Beyond Meat or a similar company are as follows:

1. Limited strength
Beyond Meat operates in a growing market segment. However, it is a player with a relatively limited strength (size).

2. Basic materials
The availability of the basic materials from which the meat substitutes are made is, of course, very important. A hitch in the supply chain could have a major effect on the results of Beyond Meat.

3. Lawsuit
There is a long-drawn-out lawsuit that will be brought under the hammer at the beginning of 2021. The potential impact is not yet clear but can be substantial, not only financially but also for the company’s image.

The bigger picture
Normally, traders look at companies fairly numerically and sometimes miss ‘the big picture’. In the technology corner in particular, some companies have shown a price development that only a few investors (the visionaries?) had foreseen. Consider the following companies in the table below.

Results achieved in the past are no guarantee for the future.

This list is not exhaustive, but it illustrates that the price trend is very difficult to estimate in advance, especially for companies that operate within an innovative and fast-growing (global) trend.

The question now is: does this also apply to the company Beyond Meat? Will this company be on a similar list of ‘The Best Performers’ in a few years?

You will have to look at the developing big picture of the ‘food’ market for the coming years. We know that the current world population is 7.79 billion people.

The OECD expects that there will be 8.55 billion people by 2030. Moreover, average prosperity will increase and more people will be able to spend more money on food. And especially meat.

In short, at the moment, there is already a lot of optimism in the price and you pay a (substantial) premium for the potential of the company. The future will show whether Beyond Meat will “really” surpass meat.

At Binck, portfolio managers are available for private consultations via telephone or Skype. You can also connect with Kaspar Huijsman, Director of Binck Spain and Portugal, via linkedIN www.linkedin.com/in/kasparhuijsman or by email at info@binckbank.com