A smaller and more “intimate” version of Loulé’s MED Festival, one of the town’s biggest summer events, will be held between August 23 and 29.

Named interMEDio, the event will mark the “return of cultural events to the town” after they were all cancelled or postponed due to the Covid-19 pandemic.

World music has always been one of the main themes of the event, and this year’s edition will see artists from all over the world performing live in the town’s historic centre.

Two concerts will take place every night, most of them featuring a national artist or band as well as an international performer.

“interMEDio will be an excellent way to resume large-scale cultural activity in Loulé, but with our eyes already set on the future,” said event director Carlos Carmo.

“We have new ideas and concepts that we want to implement in future editions, but we will naturally maintain the ‘pillars’ that have made MED Festival one of the biggest festivals of world music in Europe.”

Meanwhile, Loulé Mayor Vítor Aleixo said he was “delighted” to announce the return of “big events” to Loulé, which will nonetheless happen in a more “restrictive and intimate format”.

“It will be a promising start and great news for all those involved, not only in the cultural sector but for local businesses,” he said.

“For one week, the town will gain new life – albeit still a far cry from what it was before the pandemic but with the potential to help businesses,” said Aleixo, adding however that “every precaution will be taken as Covid-19 still poses a threat”.

Daily tickets cost €7 per person and can be purchased online at www.bol.pt or at the Cineteatro Louletano. A limited number of weekly tickets will also be sold, costing €40 per person. 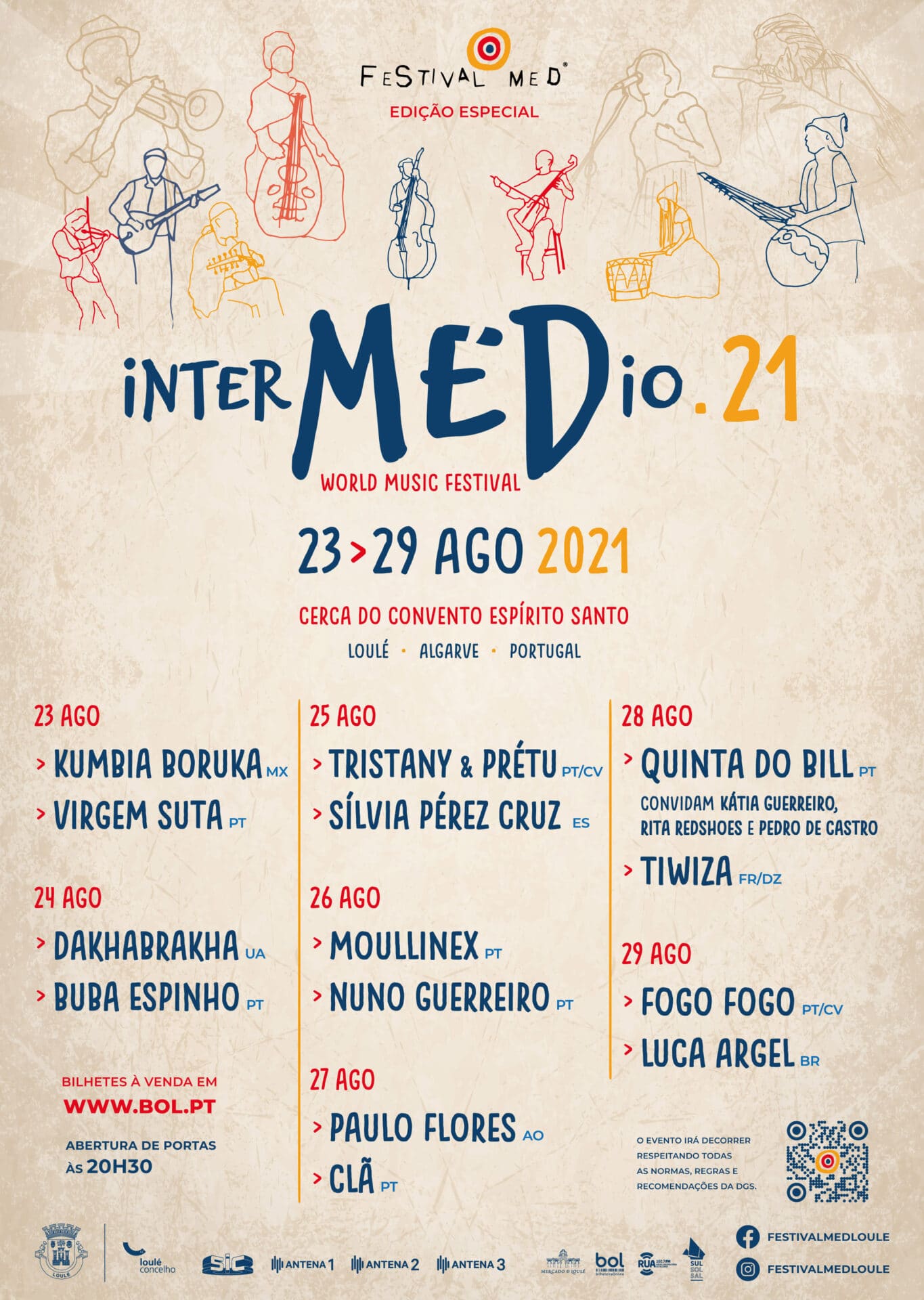