Chef Rui Paula smiles at a couple who have chanced a visit without reserving a table this weekday lunch­time in April, apologetically explaining that they are full.

Casa de Chá da Boa Nova is once again ‘cooking at full gas’, as if the pandemic had never been. Rui Paula is in reception to receive Essential Algarve.

We settle into two comfortable armchairs. The chef has a limited amount of time between stellar quality control and a scheduled English lesson. Conversation and the agreeable percussive sounds of cutlery against china roll up the stairs from the dining room. A wide window frames rocks and the ocean beyond. Located in Leça da Palmeira, a few kilometres north of Porto, Casa de Chá da Boa Nova offers one of the most visually dramatic fine-dining experiences anywhere, right on the edge of the Atlantic Ocean. 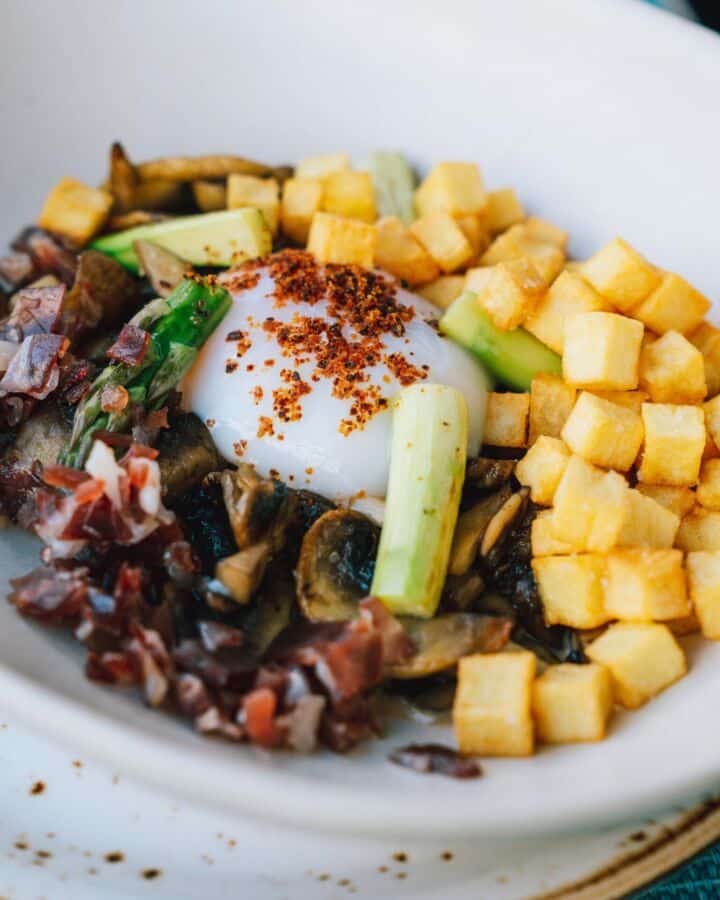 This is Rui Paula’s flagship restaurant, one of only seven restaurants in Portugal with two Michelin stars. Designed by renowned architect Álvaro Siza Vieira, a Pritzker Prize winner, the combination of sea, light, space and gastronomy is almost indescribable. “An amazing spot,” Rui Paula refers to the Douro Valley, the region where he has his family roots, and two more restaurants, Cepa Torta in Alijó and DOC at Folgosa, with its stunning views of vineyards across the Douro River. “This is an ancient region with charisma, soul and an incredible wine heritage.”

The city of Porto lies between the Douro Valley and the Atlantic Ocean, and here Rui Paula has another hugely successful restaurant, DOP, in the splendid Palácio das Artes. Location is, of course, key to the success of any restaurant, but each time Rui Paula takes us further, to embrace an aesthetic experience. I will never forget a lunch at Casa de Chá da Boa Nova in early January, pre-Covid. Charming, perfectly choreographed service; a succession of brilliant, inventive, surprising gastronomic ‘moments’; crisp white wines served at the perfect temperature; the Asian-inspired, wood-clad dining room turning a honeyed hue as the sun sets over the ocean; a distant liner echoed by an exquisite tiny liner sculpted as part of a dessert; and finally a walk on the beach after lunch.

So, what kind of dish does Rui Paula most like to prepare? The chef’s eyes flash enthusiastically as he raises his hands as if to applaud a diva: “Portugal has the best seafood in the world! Our arroz de marisco (seafood rice stew) is unbeatable. But my favourite dish of all is octopus.” And what foreign cooking has influenced him the most? French, he replies, paying tribute to the late legend Paul Bocuse and moving agilely between Portuguese, English and French. Rui Paula’s favourite French dish, perhaps unsurprisingly for a fish lover, is the great fish stew bouillabaisse.

The staff at Casa de Chá da Boa Nova is a talented young team inspired by a master artisan; their average age is 28, plus a few long-time servers. As team leader of this ‘family’, it is important for Rui Paula to be a good communicator. He has limited patience for over-explaining or pretentious waiters and som­meliers and leaps to his feet to give a hilarious impersonation of a starched Maître D’ bending over a table of diners. “You need to be friendly, but never arrogant, and especially not boring. We have two Michelin stars, but the real stars are the customers.” 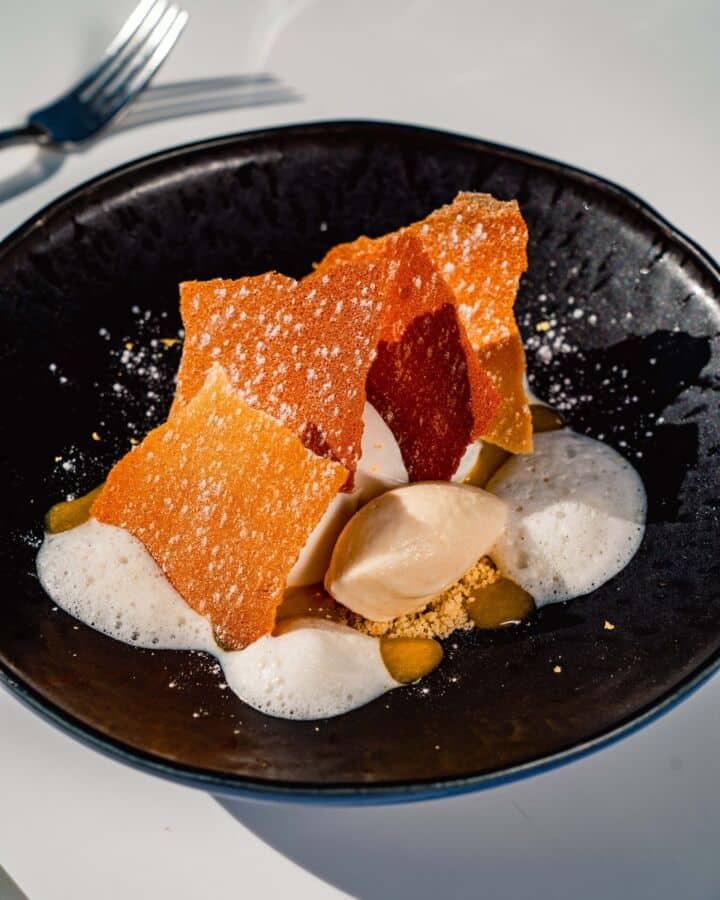 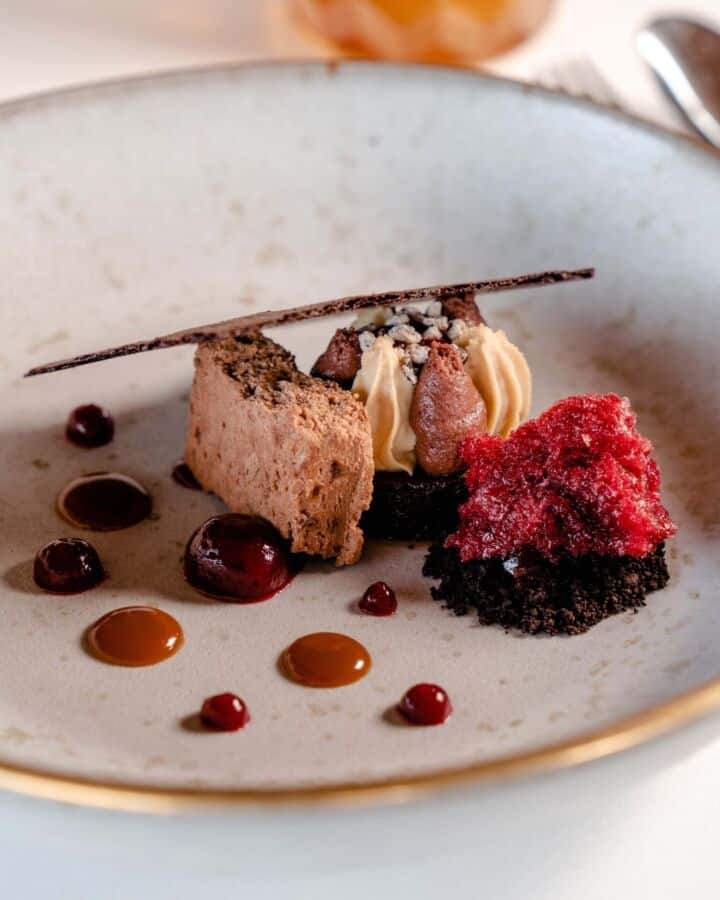 During the pandemic, Rui Paula managed to keep all his valuable staff. Between lockdowns, the restaurants had more Portuguese customers than usual. For him, the ideal customer balance is half Portuguese, half non-Portuguese. And what makes a world-class restaurant? “A good concept, with good fresh food and good wines, well served by excellent staff.” He expands this definition to include creativity: design, colour and playfulness…

Rui Paula’s career as a chef has coincided with the rise to international fame of Portuguese wines. The Douro and Dão are his favourites among Portugal’s 13 wine regions. The country’s distinctive and, at least for now, remarkably attractively priced wines can be a powerful locomotive for positioning Portuguese gastronomy internationally. “Our quality-price relation is the best in the world.” It was good to see the extensive wine list also includes an Algarve white João Clara Alvarinho 2016, from talented brother/sister winemakers Joana and António Maçanita.

Countries such as Italy have sizeable international diasporas, which sometimes act as relays for their gastronomy. Italian pizza in New York, for example. Portugal, with its distinctive North Atlantic fish varieties, is more ‘site-specific’, but its wines could perhaps be the ambassadors Portugal’s gastronomy needs. “When we do things well, it’s rare other countries do them better than us. Portuguese food is eclectic with lots of flavour and variety,” Rui Paula confides, adding jokingly that Portugal’s cold seawater and seaweed are equally good.

As he heads off to his English lesson, the chef reveals he dreams of opening a restaurant in central London. Portuguese wines have already established a strong bridgehead in the English capital, so let’s wish this project boa sorte.