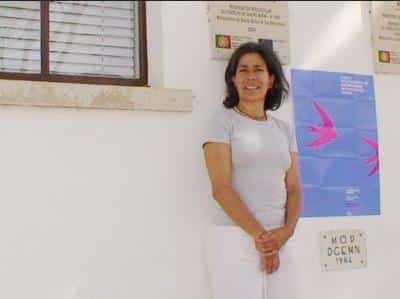 A new international school is set to open its doors in September in Castro Marim.

The school, which is being backed by Castro Marim Câmara, is a joint public and private venture with the objective of offering a bilingual education, in English and Portuguese, to pre-primary and primary school students in the surrounding area.

Eglantina Monteiro, president of the co-operative behind the scheme and one of the main supporters of this project, told the Algarve Resident: “We started this project more than 18 months ago and Josè Estevens, President of Castro Marim Câmara helped to ensure these premises were available for the use in education.

“Castro Marim has developed in many different ways and it is only natural that we take this next step with education, securing the future of our children for years to come.”

The school is due to follow an international curriculum based around subjects on the British curriculum and will cater for children between the ages of three and 11.

Plans to open a bilingual secondary school under the same management are already being suggested, but as yet no definite plans have been approved for such a project.

The principal school subjects of science, geography, history and mathematics will be taught in English, while music, physical education, design technology and art are to be taught in Portuguese, fulfilling the truly bilingual remit of the school.

Meanwhile, due to the close proximity of the school to the Spanish border, Spanish as a foreign language will also be available to students.

Supporters of the school are optimistic about future possibilities and are looking forward to beginning the school year in September: “This pilot programme has been fully vetted by the Portuguese ministry for education and with two experienced teachers like Gemma Bandera and Noélia Carapuço on board already, we are really looking forward to the beginning of the 2009-2010 school year,” said Eglantina Monteiro.

The building, school bus, electricity, water and maintenance are all being funded by Castro Marim Câmara, with the responsibility of teachers’ wages being dealt with by the co-operative.

“In order to sustain the level and quality of teaching in the school and to ensure classes with no more than 15 students per teacher, a monthly fee of 300 euros per student will be applied,” said Eglantina Monteiro.

The school is located in São Bartolomeu do Sul on the outskirts of Castro Marim, only a few minutes from the N125 and the A22.