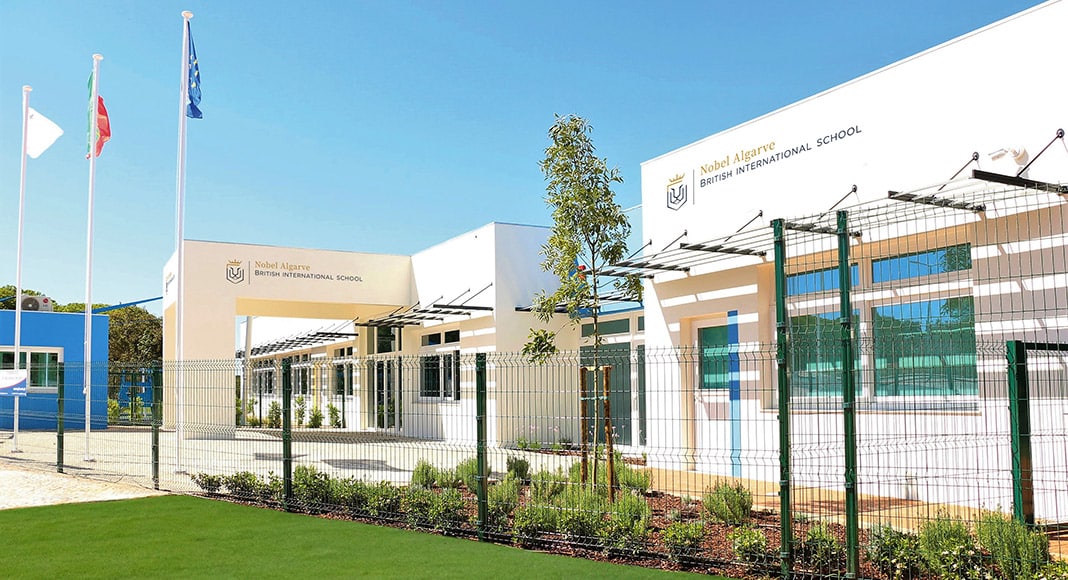 Nobel Algarve British International School, which is celebrating its 50th anniversary this year, is reinforcing its position in the Algarve with the expansion of its campus in Almancil.

Nobel Algarve’s Almancil campus currently caters for students from Pre-school to Year 7. However, due to its remarkable success and growing demand, the purpose-designed building is expanding with a second-phase build due to open to Years 8 and 9 in September 2022.

Among the state-of-the-art features incorporated in the Almancil campus are a multimedia centre, a next-generation Science Lab, ICT suites and sensory gardens. It also offers a rich extra-curricular programme.

This development is part of ongoing investment by Globeducate, “one of the world’s leading K12 education groups with 55+ premium bilingual and international schools, and online programmes, in nine countries, educating more than 28,000 students”.

Renowned for providing exceptional education, today the school comprises two outstanding campuses: its flagship eco-school in Lagoa, and the campus in Almancil, in the heart of the Algarve’s ‘Golden Triangle’, inaugurated in 2020. Together, the campuses educate more than 1,000 students from more than 40 nationalities, aged three to eighteen.

Students follow either a contextualised English National Curriculum, sitting IGCSEs and A-levels, or the Portuguese Curriculum, with the vast majority enrolling in some of the world’s finest higher-education institutions.

Being a member of Globeducate creates opportunities for students and teachers to collaborate with others on projects such as LEGO® Education and through partnerships with WWF (World Wildlife Fund) and Eco-Schools. Students take part in regular global events and competitions with other schools in the group, such as the Globeducate’s Model United Nations and the Globeducate Academic Olympics, and International Arts Competition.

Mike Farrer, former Head of School at Nobel Algarve and now CEO of Globeducate Portugal, said: “Whilst being deeply rooted in the region’s history and offering of schools for international and local families, Nobel Algarve is cutting-edge and continuously strives to develop and improve. The school subscribes to Globeducate’s mission to prepare each student to become a global citizen who can shape the world, and proof of this can be found in our alumni. Recent graduate Javier Guerra (2018) was recently nominated as one of the most talented students in Spain in the area of Aeronautical Engineering. Thanks to the school’s Eco-Council and their work with our management team, the school has also installed more than 200 solar panels at its Lagoa campus in 2021. Our expansion of the newer Almancil campus was driven by demand and by the reputation Nobel Algarve has secured locally.”

Head of Nobel Algarve Almancil Maria Tomé said: “Nobel Algarve’s personalised curriculum is designed to challenge and empower all students, complemented by a valuable outdoor-learning programme that also promotes environmental awareness and builds confidence and character. This develops young people who appreciate the perspectives of others, who face challenges confidently and who build leadership qualities to equip and inspire them to shape the world. An outstanding international education with a global perspective, rooted in British educational values, in a safe, welcoming, and happy environment.”