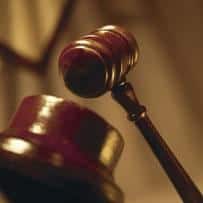 NINE PEOPLE have been found guilty in a UK court of conspiracy to obtain by deception and conspiracy to money launder following a damp proofing scam that affected many people in the Algarve.

The verdicts were delivered at Preston Crown court on January 31 and February 6 and came about after what a spokesman from Lancashire Constabulary called a “successful investigation” into the scams that was brought to its knees with “excellent teamwork between the police, Trading Standards and parties abroad, such as The Resident”.

A spokesman for Lancashire Constabulary told The Resident that as a result of the scale of the scam, which spanned the UK, Spain and the Algarve, BBC television programme Rogue Traders is making a one off special.

In 2006, The Resident raised the alarm about a dubious company operating in the Algarve that was offering free damp proofing and fire safety surveys (See The Resident December 1, 2006).

A former employee in the Algarve spoke exclusively to The Resident about this company and revealed how it targeted residents in the UK, who were likely to be living alone and over the age of 50 as well as UK residents in Spain.

Suspected names used by the firm were Nationwide Property Protection and Britannia Home Improvements as well as Safeguard.

The Resident was then contacted by police forces in the UK to assist with the investigation.

Officers described it as a “nasty and sophisticated” scam and that a base in the Algarve was used as a call centre for the operation.

The fraudsters used hard sell tactics to persuade homeowners to pay for work that was unnecessary and, in some cases, police believe the so-called inspectors secretly injected water into the walls at the homes of victims to prove repairs were necessary.

The police spokesman told The Resident: “It involved a scam by which they obtained up to 1.5 million pounds per year from the life savings of elderly people, including expatriates. They have been operating in the UK, Portugal and Spain” (see The Resident December 14, 2007).

The scam has been valued at an estimated 10 million pounds sterling (13.9 million euros).

Sentencing will be on March 17.