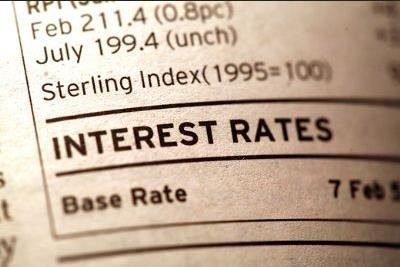 The BoE’s Monetary Policy Committee (MPC) also voted to continue, but not to extend, its quantitative easing (QE) programme of spending 125 billion pounds sterling on purchasing assets to boost an economic recovery.  This took the City by surprise since economists were expecting QE to be increased, with the ceiling lifted to 150 billion pounds, the maximum amount already agreed by the government.

The MPC felt that the QE programme would take another month to complete and said that it would review the scale of the programme again at its August meeting.

When the official bank rate was dropped to 0.5 per cent in March, a 75 billion pounds QE programme was initiated.  The amount was increased to 125 billion pounds at the interest rate decision meeting in May. The Bank has used up over 112 billion of the 125 billion pounds and said that it would trim the size of the impending reverse auctions in which it buys government bonds to ensure it does not meet the target ahead of the next MPC meeting.

Government bond yields experienced one of the biggest jumps since QE started in March. The benchmark 10-year gilt leapt by 19 basis points to 3.79 per cent from 3.60 per cent.  The announcement boosted the Pound and it rose against the Dollar by just over one per cent to 1.62 dollars and 0.4 per cent against the Euro to 1.16 euros.

While there are concerns that increasing money supply could result in high inflation in the coming years, some economists still argue that the QE should be raised to 200 billion pounds believing that the measure had not  turned round the economy.  In the first quarter of this year, the  UK economy shrunk 2.4 – 0.5 per cent more than the predicted figure of 1.9 per cent.  Factory output fell by 0.5 per cent in May despite a rise in April and house prices fell 0.5 per cent in June following a 2.6 per cent rise in May, said the Halifax.

The British Chamber of Commerce also supported lifting the QE ceiling to 200 billion pounds.  Chief economist David Kern said: “Quantitative easing is not yet fully effective and there is a strong case for raising the proportion of private sector assets that the MPC purchases.  It is important to significantly increase the programme’s size, so as to underpin business confidence.  We urge the chancellor to increase the ceiling for the programme by a further 50 billion pounds, to 200 billion pounds.”

It is believed that the MPC feels that the stimulus programme is working through interest rate cuts, QE and the Pound’s depreciation by staving off deflation which threatened earlier in the year.  Once the economy does turn about, inflation will increase.  Even in this difficult time, inflation remained above two per cent, the BoE’s target, until June when it fell to 1.8 per cent.  In May, it was 2.2 per cent, though according to a survey for the Daily Telegraph by Capital Economics, inflation for the middle class was 5.3 per cent in May, more than twice the official rate.

In Euroland, interest rates were kept at a low of one per cent in July even though inflation had dropped by 0.1 per cent into negative territory in June.  This is the first time Eurozone annual inflation is below zero since comparable records began in 1991.

President of the European Central Bank, Jean-Claude Trichet, said at the July rate setting meeting that the current rates remain appropriate taking into account all the information and analyses available since the last meeting in June.  “The fall of annual inflation rates into negative territory in June is in line with previous expectations and reflects mainly temporary effects”.

Trichet expects a gradual recovery with positive quarterly growth rates by mid 2010 and that low or negative inflation rates would be short-lived.  Analysts expect that the ECB would keep the interest rate at one per cent well into next year.

Writing in the Daily Telegraph, economist Roger Bootle explained that there are three policy stimuli in place, namely record low interest rates, quantitative easing and extremely loose fiscal policy, and while they will all need to be reversed at some point, interest rates may not be first.

Bootle says that although markets have already turned their attention to when the official interest rate might rise, expecting it to reach 2.5 per cent by the end of next year, he believes it will be a long time before the large amount of spare capacity building during this recession is used up and so there is no need for higher interest rates.

He added, “Even when the Monetary Policy Committee does feel the need to tighten monetary policy, I think that reversing QE, not raising interest rates, should be first in line….  I do think that interest rates could be kept at their record lows for as long as five years”.

It appears that interest rates will remain on hold for the foreseeable future, which means that savers will continue to suffer and receive little return on their bank deposits.  When inflation does return it will threaten any interest earned and raise the cost of living, especially dangerous for retirees.

There are investment structures available which aim to produce yields which are higher than bank interest rates and to protect your wealth from inflation.  A long established and experienced financial adviser like Blevins Franks can give you appropriate sound advice.