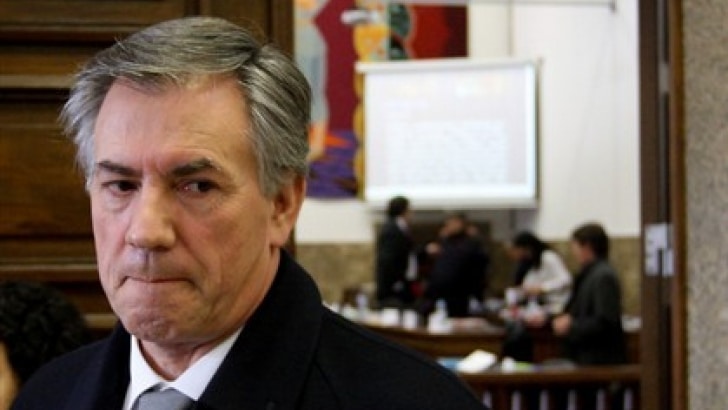 He now faces ‘stepping up to the plate’ and taking his five year jail sentence for the trafficking of influences handed him four years ago following the tortuous trial known as Face Oculta (Hidden Face) – a scandal that first came to light in 2009, involving political corruption, money-laundering and corporate tax evasion.

Say reports, the former Socialist minister who has also held roles as a secretary of state, and mayor (Amadora), has requested that he be allowed to spend Christmas with his family before ‘giving himself up’ to officials at Carregueira jail.

But his lawyer has a slightly more combative view about this latest turn of events.

Calling the ruling by the Constitutional Court a “porcaria de decisão” (literal translation: a pig’s breakfast of a decision), Bastos claims it “makes no sense at all”.

“It is a lack of respect for people’s rights”, he said. “We hope that courts will do decent things”. But instead, “the world is upside down” and judges, in Bastos’ opinion, have wanted to make an example of his client who also faces allegations of corruption, fiscal fraud and money-laundering in the labyrinthine ‘Marquês’ case that centres on alleged millions purportedly snaffled away by former prime minister José Sócrates.

Says tabloid Correio da Manhã, Vara will now almost certainly answer charges related to Marquês – which has yet to go to trail – “from jail”.

Vara is the only defendant served jailtime in Face Oculta to have lost all avenues of appeal.

Others – including former scrap metal ‘king’ Manuel Godinho and former REN president, GALP director and minister for defence and energy José Penedos – have yet to exhaust Portugal’s appeals process, and, like Vara, have remained free in the meantime.