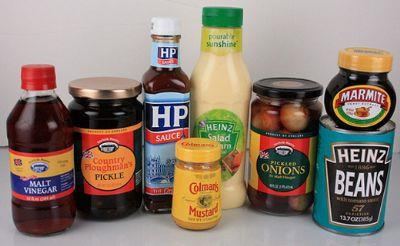 British food stores were targeted by inspectors from Portugal’s food and economic standards agency (ASAE) across the Algarve earlier this month. Shops in Lagos, Algoz and Albufeira, among others, were inspected, with the main illegality being that items were missing the cooking and preparation instructions translated into Portuguese.

A spokesman from Algoz-based British food store Let the Magic In said: “Two inspectors arrived and spoke a little English. Our shop was perfect and all our products had ingredients labels in Portuguese but we didn’t have food preparation instructions in Portuguese.” Let the Magic In was allowed to remain open but they could only sell Portuguese products until the re-labelling of imports had been completed.

Michelle Walker from M&J’s Food Store in Albufeira told the Algarve Resident: “We had three inspectors come to our shop, one of whom was aggressive and unfriendly.” She added: “They didn’t speak any English but informed me that my products were not labelled in Portuguese and gave me five days to fix the situation.”

Michelle said that this was the first time that ASAE had visited her shop since she opened more than three years ago, but that is was her own fault she got caught. “We had the labels, we just got lazy,” she said. “The inspectors never told me to close, so I have carried on, though we are labelling everything now.”

British butchers Thomas Greens in Lagos said they had not been inspected at the time the Algarve Resident went to press.

A spokesman said: “Since opening in 2007, fully licensed and inspected, we have never been approached. We have managed to keep ASAE at bay.”

After the initial inspections, the shopkeepers reported on Wednesday that the officials from ASAE had not yet returned to make a final check.

At the time the Algarve Resident went to press, no one from ASAE was available to comment.