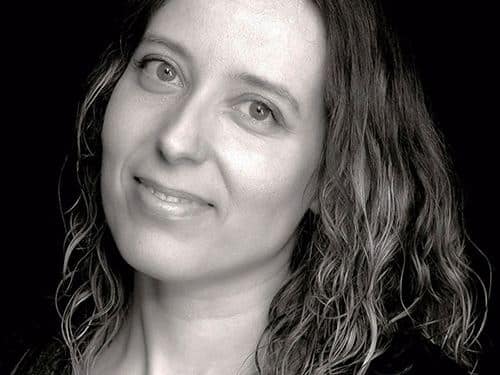 A unique rapid response system designed to trace children who get lost or go missing was launched in Portugal this week. The system is called KiSH – Kids in Safe Hands.

Based on Android smartphone and Apple iPhone technology, the revolutionary scheme has been rolled out in Portugal with a view to expanding throughout Europe and beyond.

The two key figures behind the venture are Steve Jones, a British computer expert and businessman, and Dr Patricia de Sousa Cipriano, a dynamic young Portuguese lawyer, mother of two and founding president of the Portuguese association for missing children (APCD).

Steve Jones devised the system and has patented it internationally. Dr Cipriano, through the APCD, has introduced it to the Polícia Judiciária (PJ) and other organisations in Portugal. The PJ have confirmed their participation.

“The next step is to meet other national police commanders, and the ministries of justice and internal affairs. This is all scheduled, but it’s a long-term project. We’ll do things properly and won’t rush,” said Dr Cipriano.

This week in the Algarve, Dr Cipriano and Mr Jones have been explaining the system in separate meetings with senior officials in several câmaras.

The scheme could help the Algarve floundering tourist industry. “We are going to speak with the airlines and tour operators to see if we can get their support to help their business with Portugal and give them added advantage over other destinations who currently do not have KiSH available,” said Steve Jones.

KiSH works by parents downloading an App that allows them to enter a photograph and a description of each of their children. This data is automatically coded and registered digitally at KiSH’s global control centre, based in the UK.

If a child goes missing, in whatever circumstances – from simply getting lost in a crowd to running away from home or being abducted – a parent can alert the control centre with the press of a button.

Details of the child, including a photograph, are then immediately relayed from the database control centre to security people at the appropriate location in Portugal.

In extreme cases, such as criminal abductions, the APCD and the PJ may stop publication of photographs or information if displaying them publicly is deemed potentially dangerous.

Public and private venues, including shopping malls, sports stadiums and leisure facilities, are being invited to link their security staff into the system. The Lisbon-based Benfica football club has been among the first to join.

Lourinhã region officials, supported by the Portuguese navy and coast guards, have said they will introduce the system this summer on the beaches between Peniche and Cascais.

The lifeguards will be given smartphones and trained by the APCD and the PJ. The information relayed to them in times of emergency may also include details of what a missing child is wearing on the beach that day to help speed up the search.

Lourinhã is also contracted to use KiSH within the new Jurassic Theme Park due to open in 2013.

Municipal authorities and organisations pay a one-off fee of €500 to have their security staff trained in operating the system. Clubs such as Benfica will pay €750 extra to set up an arrangement whereby photographs of children lost at the venue can be projected on to screens within the stadium.

A licence to be registered as a qualified KiSH child safe zone is given free of charge. A list of public and private venues qualified as KiSH child safe zones will be published on the KiSH website (www.kish.pt). This will help parents to choose shopping and leisure areas knowing their children will be protected there.

Speed is of the essence in the system. If a missing child is not quickly located, the police will be informed via the APCD.

Steve Jones emphasised that photographs of children would be held only in parents’ phones. Images would be stored in the database purely in code form and only dispensed to security agents if and when parents raise an alarm. Under no circumstances will images be issued to unauthorised personnel. Control will always remain in the parents’ hands.

There are more than one and three-quarter million children aged 14 or under in Portugal. The number soars when visitors arrive on holiday.

Even though Portugal is generally a safe country for children, thousands go missing each year. The great majority are found but a significant number are not. Unfortunately, the figures are vague and incomplete.

In addition to reuniting missing children with their distraught parents, the KiSH system will help establish meaningful statistics. It will tabulate not only the numbers of children going missing and why, but also the most vulnerable times and places.

The public authorities thus will have better information on which to base policies for child safety in Portugal, said Dr Cipriano and Mr Jones.

Parents can join the system by buying an iPhone  app from the internet Apple store. The Android smartphone version will soon be available from the Google play website.

The annual fee for parents is €6.99, regardless of the number of children parents are registering. There are no further costs.