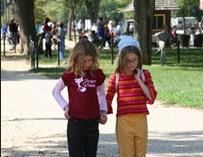 UK INHERITANCE tax is rarely out of the headlines for long, but the amount of column inches it has generated recently is rather impressive! It has been making news for a number of reasons.

• Over the past five years, IHT revenue has increased by 49 per cent. It has doubled since Labour came into power.

• Less affluent households are being hit harder than the wealthy. Estates worth under 500,000 pounds sterling now account for 71 per cent of all estates paying IHT.

Expatriates do not necessarily escape IHT. They remain liable as long as they are UK domiciled. Your domicile does not change when you move country of residence. It is more complicated than that and requires at least three years of living overseas.

The UK Revenue has now announced that it is paying much closer attention to overseas homes as part of a new crackdown on foreign properties.

The tax authority believes that families may be failing to declare overseas property on their IHT declarations and has warned that they will face penalties.

This crackdown will affect UK residents with holiday or investment property abroad, as well as all those expatriates who remain UK domiciled … whether they realise they are still liable for IHT or not.

inheritance tax to be abolished

Stephen Byers, the former transport secretary, who retains close links with Tony Blair, has publicly called for IHT to be abolished.

Writing in The Sunday Telegraph newspaper, Byers described the “tax on death” as “a penalty on hard work, thrift and enterprise” and “unfair and punitive”. He explained that it is a form of “double taxation” because it taxes assets bought with income that has already been taxed.

Gordon Brown does not agree. A Treasury spokesman said the levy was not unfair and that “anyone who wants to abolish it needs to explain how they would plug the 3.3 billion pound sterling cost … twice the amount we are spending on counter-terrorism and security this year”.

Byers is not alone in calling for the tax to be scrapped. The head of the Taxpayers’ Alliance said that “more and more ordinary families are being forced to hand over massive chunks of their wealth. Inheritance tax is increasingly a tax on the middle classes. It needs to be abolished immediately”.

A senior tax partner at Grant Thornton agrees that the tax is “inherently unfair”. He said it has “rapidly become a tax on ordinary hard-working people, who have done no more than follow normal prudent financial planning.” He calculates that the number of people paying IHT, currently 37,000, could easily rise to 50,000 by the end of parliament. This would result in an increasing number of people being “double taxed” throughout their working lives and again when they die.

The Telegraph newspaper has been very vocal in its opposition to IHT. One columnist describes it as “a punishment for unselfishness” saying that IHT “clearly punishes the desire to make sacrifices during your life in the interests of those who will come after you …. We can only assume that its primary function is largely vindictive.”

Sisters are doing it

IHT is not payable on property passing from spouse to another on death (providing they are both UK domiciles). When the Civil Partnership Act came into force last year this exemption was extended to same-sex couples. However, siblings and other relatives cannot register as civil partners and are not eligible for the exemption.

A case involving two sisters has caused an outcry. They are both in their 80s, have never married and have always lived in the family home, caring for their elderly parents and aunts. The house cost 7,000 pounds sterling to build in 1960 and is now worth 875,000 pounds sterling. When one of them dies, the other will have to pay IHT at 40 per cent on the difference between the house value and the nil rate threshold. This would mean a tax bill of 236,000 pounds sterling. The surviving sister will probably have to sell the family house to settle the bill.

The sisters have taken the case to the European Court of Human Rights, arguing that IHT discriminates against some heterosexual couples. As one sister said, “this is an insult to single people who have looked after elderly parents. I don’t call it justice.”

While observers express sympathy for the sisters and agree that the rules are unfair in their circumstances, they do not rate their chances of success highly.

Nonetheless, the case is helping to keep the tax firmly in the headlines and no doubt the IHT debate will rumble on … and on … and on ….

To keep in touch with the latest developments in the offshore world, check out the latest news on our website www.blevinsfranksinternational.com