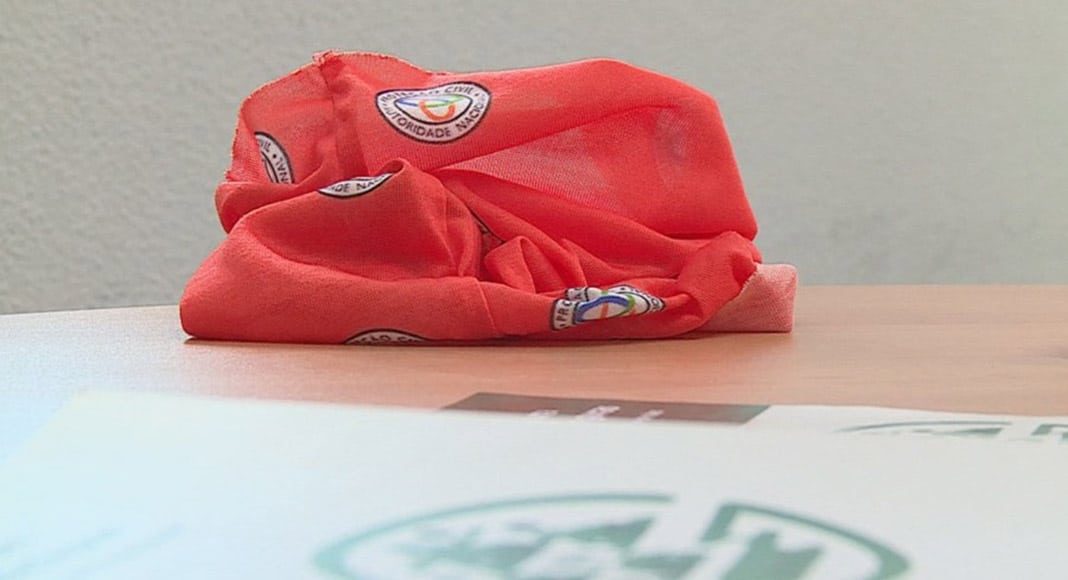 What started as a seemingly ‘low-budget’ fraud has developed into a major corruption inquiry involving State fire-prevention contracts amounting to ‘various millions’ of euros.

The inflammable snood ‘scandal’ began last summer, when it was discovered that the State had purchased over-priced ‘safety material’ in a fire-prevention/ fire-awareness campaign package provided by the husband of a Socialist mayor (click here).

The worst aspect of the affair was that ‘protective’ equipment distributed to populations was no such thing. Face coverings designed to be worn in cases where villages were engulfed by smoke ended up being ‘inflammable’.

Much was made at the time of the fact that ‘one spark’ could end up igniting the snood, and burning the wearer’s face.

It now seems this was a little far fetched.

Say reports today, the snoods would simply ‘disintegrate’ in conditions of extreme heat – providing no protection at all while ‘smelling strongly of glue’.

As Correio da Manhã explains, this all began as an investigation into the purchase of smoke-retardant snoods for three times their normal price. “But it is now a complex inquiry analysing hundreds of contracts that supported government programmes”, namely ‘Aldeia Segura, Pessoas Seguras’ and ‘the network of automatic text alerts to the population’ in cases of heightened fire risk. Also involved are contracts for signposting within villages, for advisory pamphlets and even for television announcements.

Says the paper: “It’s a spider’s web of crimes (fraud in the obtaining of EU subsidies, passive corruption, economic participation in business, the abuse of power and money-laundering) that already involves 18 ‘arguidos’ (official suspects) among them former secretary of state Artur Neves, his former chief of staff, a deputy and the current president of the national emergency and civil protection authority Mourato Neves, as well as numerous businesses and business people”.

Yesterday, Wednesday, saw a new round of searches led by DCIAP (the department of criminal investigation and penal action) in Lisbon, Coimbra, Vila Nova de Famalicão and Braga.

It is believed that “with the material apprehended” prosecutors will be ready to move forwards to the point where they can clarify criminal charges.