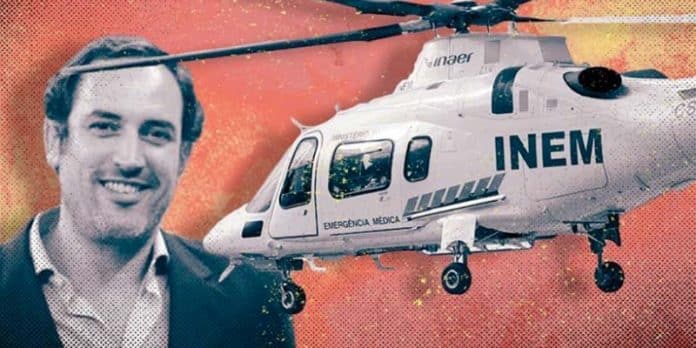 INEM doctor António Peças – a health professional exposed for repeatedly refusing or procrastinating over doing his job (see link to full story below) has been suspended for a year by his official body.

The Ordem dos Médicos (general medical council) has concluded that he showed indifference towards the health of his patients.

According to SIC noticias, citing Expresso, António Peças still insists he did nothing ethically wrong.

Indeed, he appears to believe he is the victim of “constant and systematic persecution” and that this is the matter that should be under investigation.

As to the various cases against him – the Public Ministry has confirmed a criminal  investigation is open – “none are compatible with the truth”, he is understood to have said.

The ‘allegations’ against him “reveal nothing more than fantasy and an absence of impartiality on the part of those who invented them”, in his opinion.

There are other issues swirling: the fact that beyond ‘refusing transport for critically ill patients’, António Peças appears to have been working (and being paid) in two places at the same time.

According to the dispatch issued by the general medical council, the doctor was signed into Évora’s Espírito Santo Hospital (HESE) and INEM at the same time in 2017, and in similar situations in 2018.

“There are also overlaps with classes given at the Superior Nursing School of São João de Deus” (also in Évora), writes Expresso.

These “overlapping of schedules can constitute a disciplinary infraction, if not even a criminal infraction, for possibly indicating intellectual falsity of documents”, considers the Ordem’s dispatch, adding “either the doctor lies, and did not work at HESE” or “he was on HESE premises, performed medical acts and did not record them”. If that happened “the accused doctor will have violated the rules on clinical records”.

Whatever the case, António Peças has certainly failed up to this point to persuade any authority that  he is a victim of constant and systematic persecution.