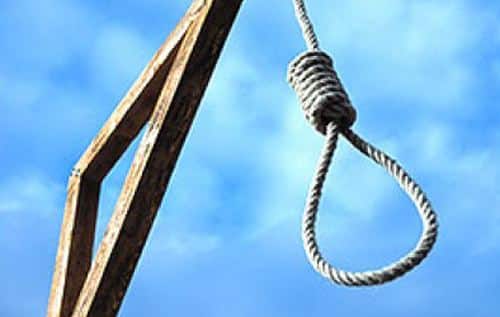 As the extradition battle over the fate of an Indian father-of-four arrested on a family holiday in Albufeira approaches its deadline, a news service in India is running a story headlined: “Pamma won’t hang, Punjab to tell Portugal”.

It is a “mandatory” assurance, explains the Tribune News Service, and appears not to have satisfied any of the human rights activists and supporters waging a tireless campaign to get the political refugee released from his jail cell in Braga and returned to the safety of his asylum in UK.

“Portugal cannot fully consider the facts of a person who entered their jurisdiction for a day” Paramjeet Singh’s Labour councillor Preet Kaur Gill told the Resident, stressing that the red corner notice issued by Interpol was almost certainly “bogus”.

“These notices are being abused by countries around the world”, she said. “Just take a look at the latest information by Fair Trials International and you will see that Interpol’s whole system needs tightening up to ensure that erroneous information is not sent out to police forces”.

The Resident has been following the case of the 42-year-old delivery driver detained by Portuguese police at an Albufeira hotel just before Christmas principally because it throws up more questions than it answers.

Sikh asylum seeker Paramjeet has been living by all accounts peacefully in the West Midlands of England since 1999.

He has frequently travelled to Portugal for holidays and is even believed to own a property here.

He has never had any trouble with any kind of arrest warrant since he was granted political asylum in UK over 15 years ago – but following the official visit of Indian prime minister Narendra Modi to the UK last November, a red corner notice labelling him a terror suspect suddenly entered Interpol’s system.

The Sikh’s friends and supporters affirm to be a “hard-working family man” was suddenly labelled “dangerous and violent” and responsible for bomb attacks in the Punjab and the murder of a politician.

The alleged atrocities all took place almost a decade after Paramjeet had fled India for good and, according to lawyers and those spearheading the campaign for his release, were all thoroughly investigated by Indian and British police ten years ago. The result of the 11-month inquiry was that the ‘evidence’ presented by Indian authorities was “unsatisfactory”, and thus no charges transpired.

Since that time, three other alleged co-conspirators have been tried and absolved of their charges, a Sikh news service has revealed.

But another aspect of this battle is that India “cannot be trusted to keep its word”, say campaigners. And it is “notorious for its persecution of Sikhs”.

One of the Portuguese lawyers involved in the battle told journalists before Christmas that Paramjeet faces a possible death sentence if he is sent to India.

“Do you imagine I would leave my client to die? Or to be sent to prison in perpetuity? Obviously, I will not”, said Manuel Ferreira.

Sikhs “from all over the world” have been writing to over 200 British MPs and tomorrow (Monday), Labour MP John Spellar will be heading a delegation to plead Paramjeet’s case with the British Foreign Office.

Spellar has already dubbed Portugal’s handling of the affair “quite frankly ridiculous” – saying judges in Évora should “reflect pretty quickly” on whether there is a case to answer.

“If the Indian government had a case, it should have presented it to the British government”, he stressed.

As for Paramjeet – now entering his fourth week behind bars in Braga – he is described as staying “strong for his family” who themselves have appealed directly to British prime minister David Cameron to “pressurise Portugal” to prevent the extradition.