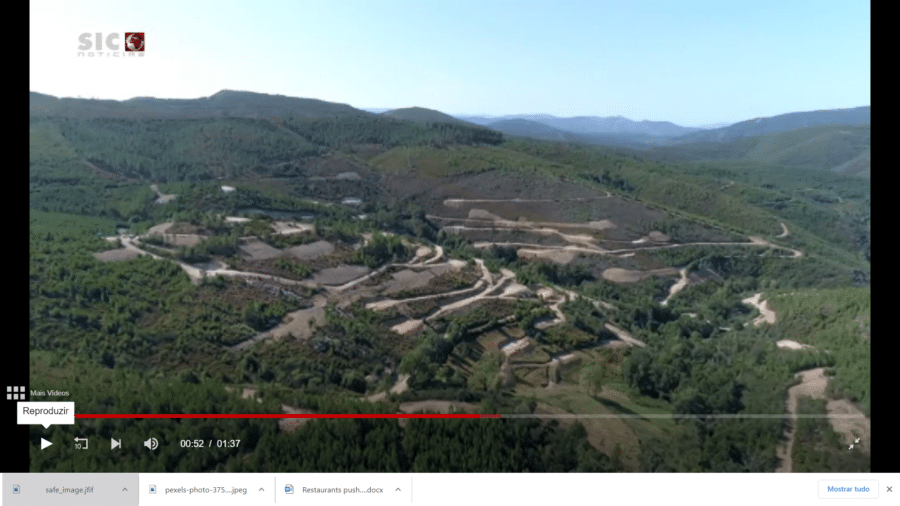 There has been a sense of incredulity today in rural Montalegre after environment minister João Pedro Matos Fernandes admitted the lithium mining project that locals so strongly oppose is almost certain to be cancelled.

Mr Matos Fernandes’ reasoning in an interview given to Politico online is that the company holding the licence “lacks professionalism” as it delivered a “clearly insufficient” environmental impact study.

But this has been a process redolent with allegations of corruption and sharp practices (click here) – and locals suspect this latest development could just be a blind.

The Montalegre com Vida Facebook page which has been keeping people informed of the campaign to stop mining in what is a World Agricultural Heritage site warns followers ‘not to drop their guard’.

“Don’t believe a word of this”, say commentators, including one which poses the question: “Who was responsible for handing the exploration of lithium to a ghost company created at the last moment? Who was responsible for wanting to destroy the beautiful borough of Montalegre and at what cost? Does this mean the PJ judicial police will now stop investigating these possible crimes?”

Ricardo Pinheiro, CEO of LusoRecursos – the company that seems to stand to lose its licence – has already told Politico that the government can expect “a nice lawsuit in the courts” if it goes through with this apparent threat.

Since then Lusa has carried what seems to be an ‘update’ in which Mr Matos Fernandes is less adamant that the licence will be toast. “If they are not more professional than they have been, it’s inevitable limits (on the contract) will expire”, he told them.

Says the news agency today: “The minister of the environment said that the next Environmental Impact Study of LusoRecursos for the lithium project in Montalegre has to be “much better”, otherwise it “is inevitable” that the concession licence will be revoked”.

In other words the interview the minister gave Politico in which he said: “At this moment I see the possibility of having a lithium mine in Montalegre as very unlikely” may have been more of a warning to LusoRecursos to up its game than a policy decision.

And that is why locals are not launching fireworks.

As far as Politico interpreted its interview (published yesterday), Mr Matos Fernandes’ comments “signal the end of one of Lisbon’s signature raw materials schemes just one week before the Portuguese presidency of the Council of the EU hosts a conference on green mining”.

The online talked to locals who explained how the €500 million project would destroy the landscape along with farming and rural tourism.

Even more devastating perhaps is the risk that the mine and its industrial facilities could contaminate the water that flows from nearby mountain springs to the Alto Rabagão reservoir.

“Most of northern Portugal from here, it’s shocking that national authorities have not even considered this”, said farmer Justino Dias.

This story comes at a moment when government talk about lithium has been subdued to say the least. Last year it was a constant theme – promising to be the cornerstone of Portugal’s reindustrialisation. This year if anything a zeal to develop ‘green hydrogen’ seems to have taken first place.

According to Carlos Leal Gomes, a geologist at the University of Minho, Portugal doesn’t even have the lithium resources to justify big projects.

Whatever the case, focus now is on what exactly is meant to be happening with the Montalegre project – which no-one locally is prepared to accept.