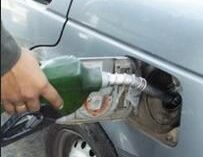 ON JANUARY 19, main oil producers in Portugal increased the price of fuel by three cents. This increase reflects the rise in the Imposto Sobre Produtos Pretolíferos (ISP) tax on oil producing products determined by the government.

For 2006, the government is planning a further increase of 2.5 cents a litre, according to the guidelines of the Programa de Estabilidade e Crescimento (PEC), the programme of stability and growth, which was delivered at the European Commission.