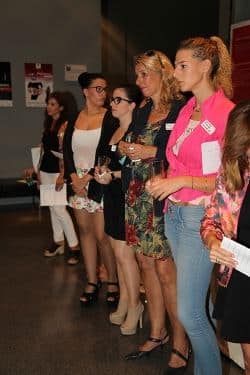 The full size grass pitch at Browns Sports & Leisure in Vilamoura was competitive ground last week for four top U18 football clubs, from Scotland, Nigeria, Portugal and England, who fought for the winning trophy of the first annual Browns LdV Tournament.

The first games were held on Sunday July 22 with Hull City AFC vs Lagos State Champions followed by Celtic FC vs Louletano FC.

The tournament started off with a game played by Hull City AFC and the Lagos State Champions. Ending in a penalty shoot out after a 1-1 draw, Hull City AFC won and progressed to the final against the winner of the next match, Celtic FC.

At half time, the score was close with Celtic FC winning by one point (1-0) but they came back even stronger in the second half, ending the game with a 5-1 victory against Louletano D.C.

The Lagos State Champions were on top of their game on July 25 when they played against Louletano DC in the third and fourth place playoff . The Nigerian team won 2-0, putting them in third place followed by Louletano D.C in fourth.

The final game on July 26 had all spectators at the edge of their seats. Even though the full time result was 0-0, the game proved to be entertaining with impressive football played at both ends.

The match had to go to penalties and Hull City AFC won the first edition of Browns LdV Tournament on their seventh penalty.