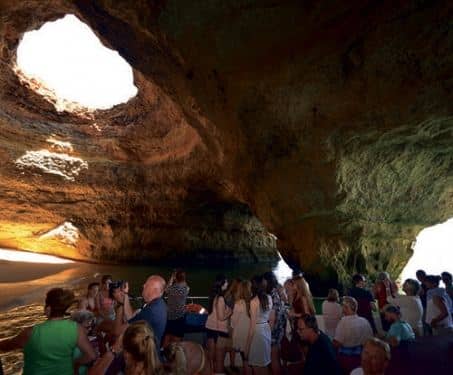 Sandra Genest-Boudreau is French-Canadian, who graduated from the Canadian Memorial Chiropractic College in 1990 before coming to the Algarve in 2002. She spent 10 years in a house practice in Québec city and two years in Vancouver. She is passionate about adjusting all her patients, particularly children. Christophe Alves graduated from the Anglo-European College of Chiropractic (AECC) UK, and has a special interest in Sport Chiropractic.

For the last three years, I have been sharing with you the wonders of chiropractic. As always, chiropractic has been my passion simply because of all the amazing results we get with a variety of conditions.

I have been writing about many of these conditions, going from backaches to headaches, dizziness, sciatica,  passing by colic in babies, pregnancy management, scoliosis or even simply health solutions and wellness.

Today, I and my new associate Dr Christophe O. Alves would like to take you through one of many unusual yet exciting moments in the life of a chiropractor.

This story happened to a fellow chiropractor, Dr Singer, and we hope you will enjoy it as much as we did. Sit down, fasten your seat belt and relax as you are in good hands.

I had been in practice for about 90 days when I heard over the airplane intercom, “Is there a doctor on the plane?”

Flight 14793 is experiencing a medical emergency. “Is there a physician on the plane? We need you to identify yourself immediately.”

I sat there in my seat thinking, Wow, I sure hope there is a doctor on this plane.

After a few minutes, they made the next announcement. “We are having a medical emergency and we are urgently requesting any physician or nurse on the plane to identify themselves.” They started going down the totem pole. I knew that if they were calling a doctor on the plane, it was something serious: someone was having a seizure or a stroke, a woman was giving birth or someone was having a heart attack.

I started to think of my chiropractic career as in intern in Chiropractic College.

How could I help? I finally found the courage to push the button. The stewardess came running down, and asked me to follow her.

So I walked with her up to the front of the plane and she asked: “What kind of doctor?” (silence) I was a little embarrassed to tell her I was a chiropractor. I finally mumbled, “I am a chiropractor.” She replied, and I am not making this up, “Is that a real doctor?”

She walked me up to the very front of the plane, and there was the pilot, convulsing on the floor of the cockpit.

So I sat next to the man, grabbed his head and started to palpate. I let the co-pilot know that I was going to adjust the pilot’s neck.

Then I adjusted him. In 10 seconds, his eyes dropped back in his head and he stopped flailing all around. He came right out of his convulsion and he looked at me and said, “Who the hell are you?”

Three weeks later, I got a call from the pilot. He told me, “Doctor Singer, I want you to know they found a tumour on the top of my head. They said it was compressing all the veins and arteries of my brain; there was no oxygen. The doctors said it is a miracle that I survived. I don’t know what you did…and I talked to all the people in the cockpit and they said you took my neck and did something you called an adjustment. Well, that adjustment saved my life and I want to know if you can adjust me again.”

Story taken from the book ‘Chicken soup for the chiropractic soul’