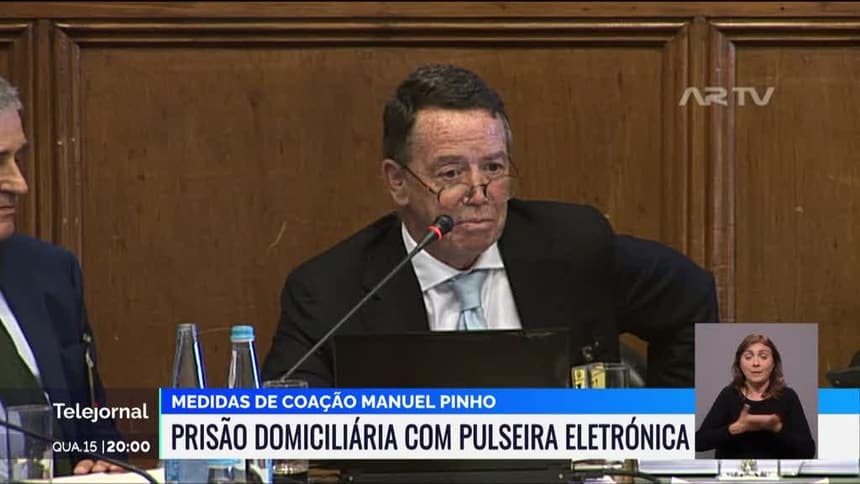 The €6 million is an amount Mr Pinho is unable to raise, thus his “imprisonment” in a property his wife’s family owns close to Santa Eulália beach in the municipality of Albufeira.

With him is wife Alexandra, whose continued conditioned liberty depends on the lodging of €1 million bail.

The understanding is that the couple will remain in the Algarve while authorities sort out an electronic bracelet for Mr Pinho, ensuring that his house arrest is properly monitored.

In the meantime, police patrols are checking the Albufeira property.

Mr Pinho’s lawyer Ricardo Sá Fernandes has been vociferous in his criticism of what has happened to his client/s. It all stems from the case, previously in the hands of judge Ivo Rosa, passing to the court’s only other judge Carlos Alexandre.

Whereas Judge Rosa’s treatment of VIP suspects/ defendants and cases has tended to cause controversy for the way he interprets prosecutors’ evidence (click here), Judge Alexandre is known for supporting the Public Ministry to the hilt – hence the sudden and very dramatic change in Mr Pinho’s circumstances.

Mr Sá Fernandes has dubbed his client’s predicament “a huge abuse of power” (click here), and says he will be appealing to the Lisbon Court of Appeal.

To recap, Manuel Pinho is suspected of corruption and money-laundering in a convoluted case which involves allegedly scandalous agreements with the top brass at EDP as well as with Group Espírito Santo.

Tabloid reports today describe a monthly pension of €62,000 and other regular sums allegedly paid over the years to Mr Pinho by Ricardo Salgado – the former head of Bank Espírito Santo who himself faces multiple criminal counts of corruption in various cases, but is said now to be suffering from Alzheimer’s Disease and in no position to respond in a court of Law.