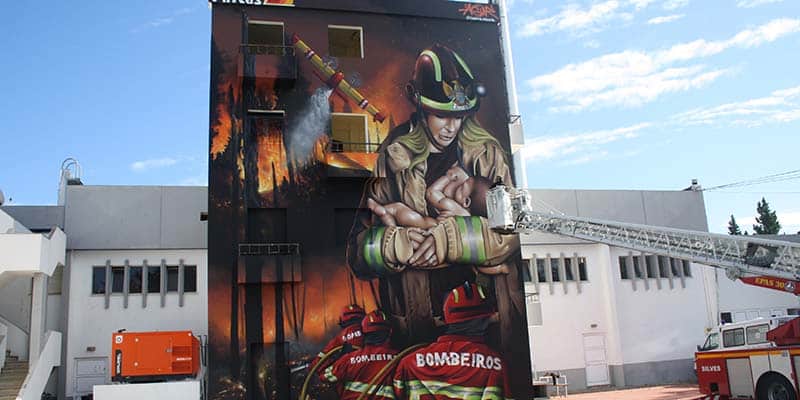 An impressive three-storey mural paying tribute to the heroic work of the Algarve’s firefighters has been unveiled at Silves’ fire station.

It had just been completed moments before the Resident arrived at the fire station on Tuesday morning to meet the man behind the amazing homage, Algarve graffiti artist Filipe Neves, also known as ASUR (and formerly Dgiphi).

The mural depicts a female firefighter in full gear breastfeeding a baby in front of a nightmarish scenario of trees burning in the distance while firefighters, on land and aboard a plane, are working hard to put it out.

The talented young man worked on the mural for nearly one month, using mobile extension ladders from fire engines to reach the highest parts of the building. With help from sponsors he was able to bring the whole mural to life himself.
The idea was pitched to the 25-year-old by the local firefighters after seeing the great job he had done painting a mural for the fire station of his hometown of Albufeira last year.

“As we all know, this summer’s fires demanded great efforts from our firefighters, their families and civilians. We wanted to thank them all by dedicating this mural to them, to all the men and woman, mothers and wives, who were afflicted by these fires,” Silves fire commander told us.

The result, he said, “exceeded all expectations”.

“All of us here at the station are very happy with how it turned out.”

Filipe started working on the mural in October and took around four weeks to complete it.

“They knew about my work and they wanted to do something different in Silves because there aren’t any murals this big,” ASUR told us.

Although he is still very young, Filipe has been painting for around 13 years.

“I started when I was 11, 12 years old and in school. A friend of mine started doing it, we were always hanging out, so we ended up starting a group. My school would even find us some walls that we could paint on to practice,” he told us.

Filipe agrees that graffiti and urban art are gaining popularity in the Algarve, but he would like to see authorities and businesses value local artists more.

“There are many people painting in the Algarve right now, but most of them are brought in from other places. They don’t value local artists,” he laments.

Luckily for him, his mural in Silves proves that the Algarve has artists capable of creating head-turning attractions with a few cans of spray paint and a wealth of talent.

He works all over Portugal and abroad using his talent to create logos, design shop fronts and promote festivals. 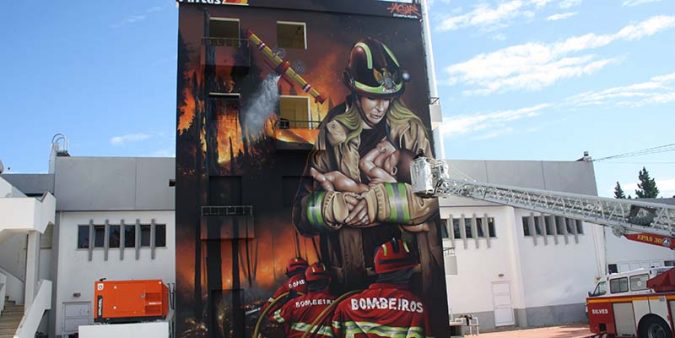 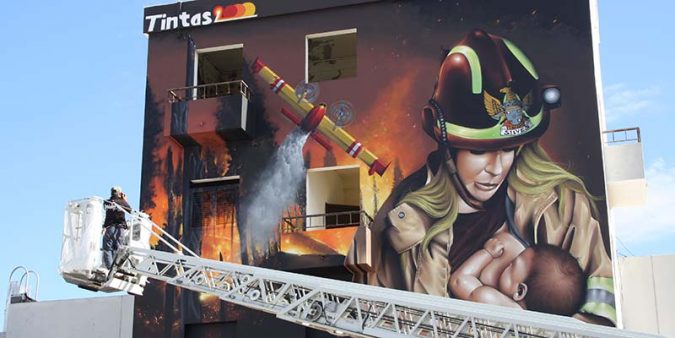