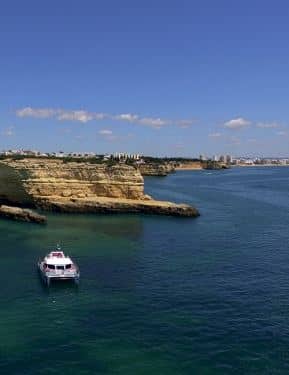 Olhanense had never won on four previous visits to U.Leiria but all that was to change as Daúto Faquirá’s team recorded an impressive 2-0 victory on Sunday.

The home side had sold their top scorer Carlão to Kashima Antlers (Japan) in the transfer window and were without their influential midfield general Ngal, serving a one-match suspension. Olhanense themselves had lost two top players to Benfica and Braga in January while the ball-winning defensive midfielder Fernando Alexandre was also missing having accumulated five yellow cards.

As early as the sixth minute, Djalmir appeared to be upended in the box but referee Jorge Sousa, who flashed the yellow card seven times during the game, booked the Olhanense striker for diving.

The visitors took the lead on eighteen minutes. Rui Duarte’s corner was flicked on by Mexer and full-back Carlos Fernandes, making a welcome return after injury, was on hand at the far post to slot the ball home.

Seven minutes later and Olhanense doubled their lead. Paulo Sérgio was left completely unmarked on the right wing and his surging run took him into the penalty area before he smashed the ball past keeper Gottardi.

The 200 travelling fans among the meagre crowd of 962 went wild with delight. Centre-back Mauricio marshalled his troops with precision as Leiria found it impossible to penetrate the solid Olhanense rearguard that has conceded only 15 goals in 18 games. Only Porto have a better defensive record.

As half-time approached, Olhanense lost full-back João Gonçalves through injury and André Micael, signed from 2nd Division Moreirense as a replacement for Jardel, came on to make a very solid debut.

Despite having nearly 70% of the ball, Leiria never seriously threatened Ricardo Batista’s goal and the Algarveans thoroughly deserved the victory.

The only sour notes were the dismissals of the Paulo Sérgios! Olhanense’s Paulo Sérgio was sent-off after 70 minutes for a second yellow card and five minutes later, Leiria’s Paulo Sérgio joined his namesake for an early bath. Yet further examples of overzealous officials ruining a good game of football.

Olhanense have now taken nine points from their last four games and must be in confident mood for their battle with Sporting Lisbon tomorrow (Saturday) evening.

The long journey home was celebrated in style and a phone call from club President Isidoro Sousa to thank the fans for their vocal support was much appreciated.