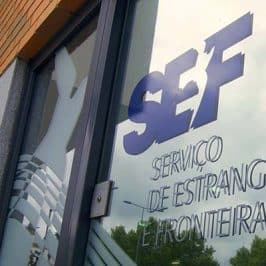 Immigrants whose legalisation in Portugal has been held up by the pandemic heard today that their rights to remain in this country have been extended to 2021.

Back in March the government announced that any and all immigrants who had meetings scheduled with SEF borders agency would be treated as Portuguese citizens until at least October 30 (click here).

With the pandemic still constraining public services, this deadline has simply been taken forwards, indefinitely.

Reports suggest Brazilians will be the major beneficiaries of the decision which ensures immigrants will be treated ‘equally’, no matter how far down the line their processes may be.

It’s still unclear how many people the measure is protecting. Brazilian media suggests it covers around 130,000 Brazilian nationals in Portugal.

Reports here stress that again due to Covid, the ability for immigrants to get appointments with SEF is still ‘very limited’. People trying now are being given dates for interviews in May/ June next year.

Says Público, with the constant increase in foreigners living in Portugal – 2019 saw the absolute record of 590,348 – “the attendance structure for issuing residency authorisations has not been able to keep up with demand. Long waiting lists and delays in documents are constant”.