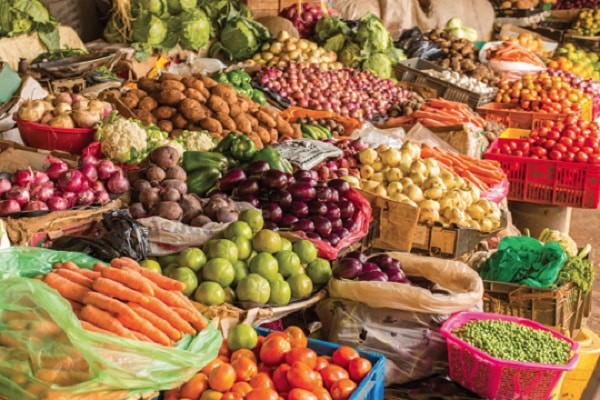 Retail food prices in Portugal rose 3.5% between January and March, “with several items increasing even more” – a situation that is worrying economists questioned by Lusa, at a time when all admit “it is not yet possible to foresee any end to such increases”.

The same data shows, however, that the trend became more pronounced in the last month of the first quarter, with the CPI in March up 2.7% from February – the month the war in Ukraine began – and 3.5% from January.

Among the set of products that make up the basket on which the CPI is calculated, there are some key ones whose prices in the first quarter rose faster than the overall figure: this was the case with bread and cereals, as well as meat (up 3.8%), oils and fats (up 18.6% since January).

These rises are in what is termed “products of primary necessity” that have a “great weight in the budget of families” – especially those on lower incomes.

In INE’s food basket, the price of liquid fuels rose 22.0% between January and March, a development also highlighted by Guedes de Oliveira in view of the way that energy affect everyone across the board, directly or indirectly.

To these concerns, she added others, related to the uncertainty over how the war in Ukraine will evolve and the possibility of full-blown recession.

Carlos Martins, a professor of business strategy at Porto’s Lusíadas University, believes accelerating inflation will see people buying less and prompt “a drop in consumption.” Private consumption is one of the most important components in Portugal’s gross domestic product (GDP), and therefore any falls are extremely significant.

On top of this potential drop in consumption is the increase in energy and raw materials costs faced by companies. To deal with these challenges, companies will tend to cut investment or personnel costs, which in turn will have an effect on economic activity, or raise prices, which would eventually affect exports, he warned.

To this litany of “curses”, Martins added a possible rise in interest rates – which would also impact unfavourably on families and businesses.

The institute will be releasing its final CPI for April on 11 May; the flash estimate has shown the highest leap in inflation since 1993.