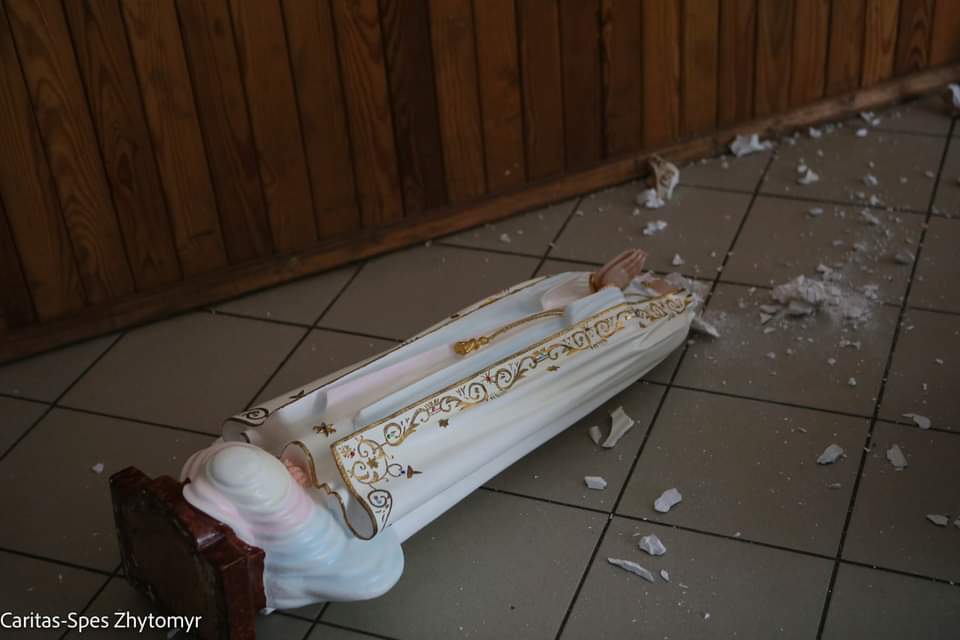 The Image of Our Lady of Fátima, sent to Ucrania from Portugal only a month ago has been “vandalised by Russian troops”, according to a tweet by the Caritas – Spes Zhytomyr community. Various photographs of the damage have been circulating social media, with bitter commentaries about “the de-nazification” agenda claimed by Russia. The damage took place in the Catholic sanctuary of Vorzel, a village not far from Bucha, where hundreds of people appear to have been slaughtered by Russian troops. According to SIC, the Sanctuary of Fátima has already said it will substitute the damaged image.