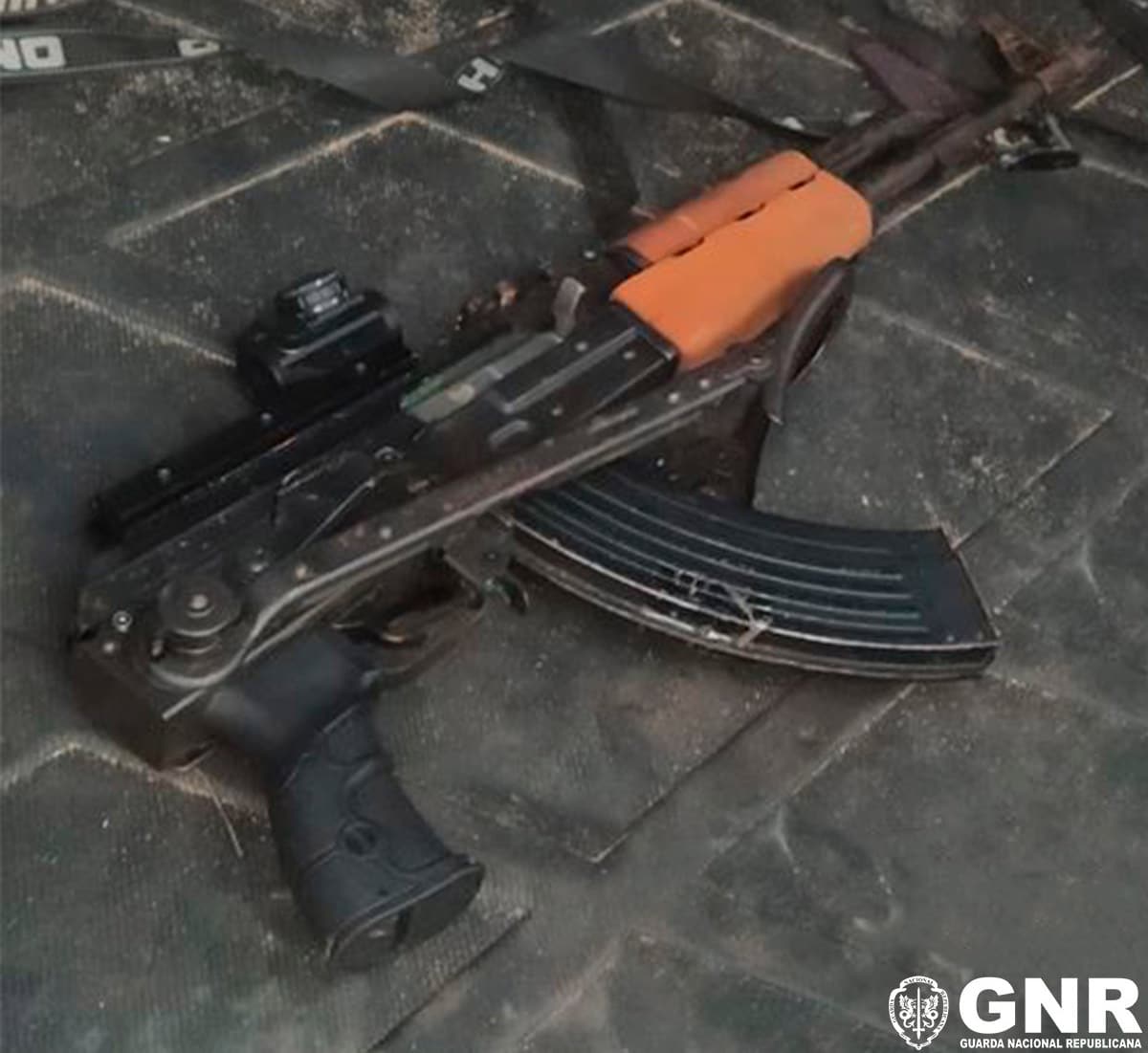 Being on the south west corning of Europe, Portugal is a landing point for the importation of drugs from South America (mainly cocaine) as well as countries such as Morocco (mainly hashish).

The criminal groups that undertake drug trafficking have close multinational connections with other criminal groups and rely on local connections to then further transport the drugs to northern European countries where the demand is greatest. Security forces either intercept such shipments on the high seas directly en-route to other countries, or on approach to, or landing in Portugal.

A few days ago the GNR Coastal Control Unit caught in the act four suspects landing in Aljezur, Algarve nearly two tonnes of hashish, distributed in 53 bales, with an estimated value of around two million euros. A further four persons were subsequently detained and three vehicles seized. Great work by the GNR.

What caught my eye, however, was not the drugs, but the fact that crime group had in their possession an AK 47 firearm – seen in the picture here. Should the group had had the opportunity, there is the potential for this to have been used on Portuguese territory.

Certainly this type of weapon is seldom seen in Portugal, although in the past it has been used in criminal activities here. This included in 2011 during an attack on a house in Paderne with bursts from an AK-47 and was carried during an attempted robbery of the Hotel Inatel, in Albufeira. Members of the gang led by Fábio “Cigano” aged 19 years were subsequently arrested and convicted with around 11.5 kilograms of hashish seized.

Although in Aljezur this was a case of trafficking in narcotics, the trafficking of illegal weapons is a major concern to governments worldwide, and is therefore the subject of this feature.

Background
Organised criminal groups often rely on the availability of weapons to carry out their activities. However, the market for firearms in the EU remains modest in size. Trafficking occurs on a small scale, and the weapons trafficked are intended for either personal use or to meet specific orders.

In the EU weapons trafficking is almost exclusively a supplementary rather than a primary source of income for the small number of organised criminal groups involved. Most groups enter the weapons-trafficking business through other criminal activity, which may offer contacts, knowledge of existing routes and infrastructure related to the smuggling of weapons.

The main sources of illegal weapons are: the reactivation of neutralised weapons; burglaries and thefts; the embezzlement of legal arms; the selling of legal arms on the illegal market, including the dark net; the reactivation of decommissioned army or police firearms and the conversion of gas pistols. In Europe the weapons and organised criminal groups involved in weapons trafficking primarily originate from the Western Balkans and the former Soviet Union.

International law enforcement collaboration
The use of firearms by organised crime and terrorist organizations on European and Latin American soil has made the prevention and fight against illicit trafficking in firearms a priority within the security strategies of many regional and international organizations.

The security situation outlined above led to the launching of Project EMPACT FIREARMS in 2014, with the aim of disrupting Organised Crime Groups involved in the illicit trafficking, distribution and use of firearms.

Taking place between November 16 and 20, 2020, Operation ARMSTRONG VII saw the involvement of police and customs authorities from 26 countries, with international coordination efforts supported by Europol and the European Commission.

This operation took place in the framework of the European Multidisciplinary Platform against Criminal Threats (EMPACT). During the action week, police and customs authorities in the participating countries carried out enhanced controls of suspicious parcels and postal shipments. Over 42,000 parcels were checked and hundreds of weapons seized as part as a joint operation targeting the trafficking of firearms to, and within, the EU through post and courier services.

Red Arco – The involvement of Portugal
Given the success of that project at European level, and taking it as a model, in November 2019, at the Regional Seminar on Arms Trafficking organized in Mexico City, it was agreed to create a network of specialised police officers focused on strengthening the exchange of information and experiences between Latin America and the European Union. This materialised in the creation of the RED ARCO, made up of Bolivia, Brazil, Chile, Colombia, Costa Rica, Spain, France, Mexico, Panama, Paraguay, Portugal and Uruguay.

Operations and successes
In Spain in 2018, the Civil Guard Intelligence Service in the framework of Operation GOLALDE, arrested four people and seized 322 firearms and more than 50,000 cartridges, where assault rifles and NATO calibres were also seized.

In 2020 a total of 24 European countries supported by EU institutions and agencies including Europol, came together to target alarm and signal weapons of Turkish origin illegally trafficked into the EU via Bulgaria and other countries. In November, police officers from Albania, Greece, Portugal and Romania carried out 81 house searches, resulting in 11 arrests; 191 firearms and 3,714 cartridges of ammunition seized.

Investigative support
Law enforcement agencies are helped in their investigations by Interpol which has data bases of 57,000 images and references of 250,000 firearms to help police correctly identify them.

The proper identification and description of a specific firearm is fundamental to an investigation involving a weapon, and increases the chances of acquiring its ownership history.

Destruction of firearms
The United Nations Gun Destruction Day is normally held on July 9 each year. In 2020 the Public Security Police of Portugal promoted the destruction of over 17,000 weapons. Some 17,183 weapons were destroyed, tallying up to nearly 200,000 (two hundred thousand) since 2014. Most of these were unlicensed weapons used for hunting and collectors which had been surrendered and those seized in police enforcement actions and ordered for destruction by the courts.