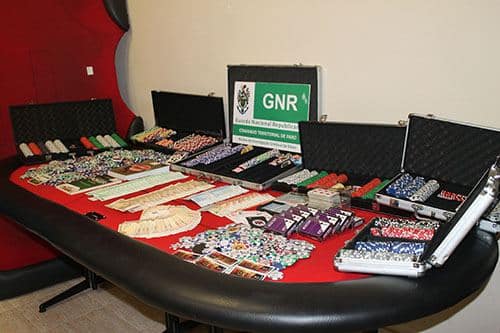 An illegal casino where dozens of people are believed to have gambled was shut down by GNR police on Wednesday (March 2).

The 34-year-old alleged manager was arrested, while 20 other people were named ‘arguidos’ (official suspects).

The gambling den was located in a ground floor garage of a Parchal home and equipped with a video surveillance system.

“Alcoholic beverages, soft drinks and snacks” as well as “several trophies” were also confiscated by the GNR.

The operation was carried out by members of Silves GNR’s criminal investigation unit.