Frenchman Emmanuel Charpentier was announced as IKEA Loulé’s new store manager on Tuesday, taking over the role from Abdelhak Avadi.

The 59-year-old started his career with IKEA in 1991 and is now planning to bring some new ideas to the Loulé store.

One of the goals of the new leadership is to extend the store’s reach to other areas of the south of Portugal with IKEA’s Planning Studios.

Described as “distinctive places serving as inspiration and supporting Portuguese families with the planning of their homes”, they allow clients to plan their dream kitchen or wardrobe without having to visit an IKEA store.

“In Beja, it takes two hours to travel to the nearest store. If we can come closer with planning studios, we will do it. We want to offer new services, for example with the renovation of bathrooms, a service which includes plumbing. We believe it will grow a lot,” Charpentier told Barlavento newspaper.

Another goal is to set up more pick-up points for IKEA orders.

“The idea is that someone who lives in Tavira, for example, can make a purchase online and name the place they want to collect their order, any public area. In two hours, we ensure the delivery of the order to the client at the agreed location. It is much easier and much cheaper,” he said.

The new store manager said that these plans will be accelerated with his arrival because he wants to pass on the message to investors that “the south of the country has great potential”.

“In the Algarve, we have a big dream, and we have to start now. We have started with interior design services. We go to people’s houses, take photos and provide the possibility of a total house renovation. We’ve had this service for a month and the plan is to expand it. This service encompasses the whole house and not just one room, because we already offer that possibility online,” Charpentier said. 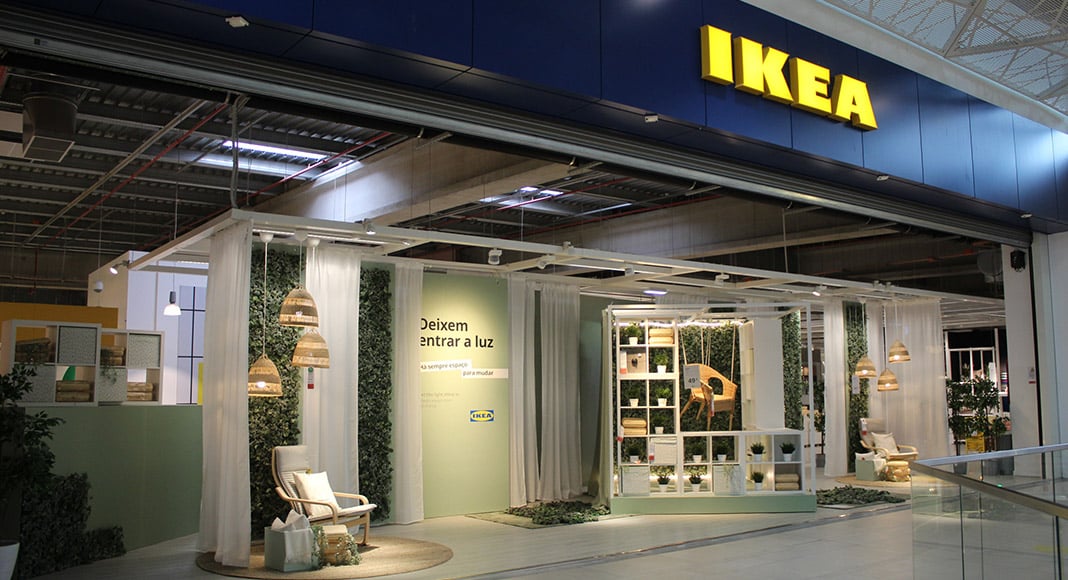 The Algarve’s property market is another opportunity IKEA is looking into.

“There are 60,000 houses for sale in the Algarve per year,” he pointed out, adding that the store will seek to work with those who want to furnish a property, value it and put it on the market for a higher price.

“We have the same idea for rentals. If you go on AirBnB and compare two apartments in the same area – one with new furniture and nice decorations and another with different characteristics; the price difference is 30%. We would like to get into that market and encourage upgrades,” said the new store manager.

As he pointed out, tourism has a “very large direct and indirect impact” on the IKEA Loulé store.

“We have many foreigners who shop for their holiday homes and many Spanish clients too. Last year, (despite) being closed for three months, we had around 1.7 million visitors. This year we are expecting around 2.5 million.”