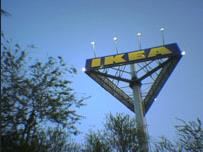 Swedish superstore, IKEA, could open an outlet in the Algarve among other places around Portugal over the next few years. It is keen to develop its investment opportunities in the area if their other investments in the country prove successful.

Stores in Lisbon and Matosinhos in Porto, which are under construction, will be opening in 2007, the latter with a 36,000sqm area. Furthermore, a factory will be built in Paços de Ferreira in the north of Portugal in 2007 that will design and make IKEA products. The recruiting process has already begun, with 250 job opportunities being offered at the new factory.

By 2010, IKEA will have opened another two factories, creating 1,500 jobs and a welcome boost to the country’s economy. IKEA will invest a total of 660 million euros in Portugal over the next nine years and, by 2015, will have created 2,500 direct and indirect employment positions. The director-general of Iberian operations, André le Wit is keen to promote this investment opportunity for both IKEA and Portugal.

No planning permission or licences have been given, but the Swedish group is confident that construction on the factory in Paços de Ferreira will begin by the end of the year, the project is supported by the câmara president.

A total of 243 IKEA stores exist in 34 countries worldwide. However, the only IKEA store in Portugal  is located in Lisbon and was constructed in 2004 with a total of 33,000sqm of floor space. As well as the Algarve, IKEA plans to open at least four more stores in Portugal by 2015. The marketing team at Ikea is currently discussing the viability of opening an outlet in the Algarve.