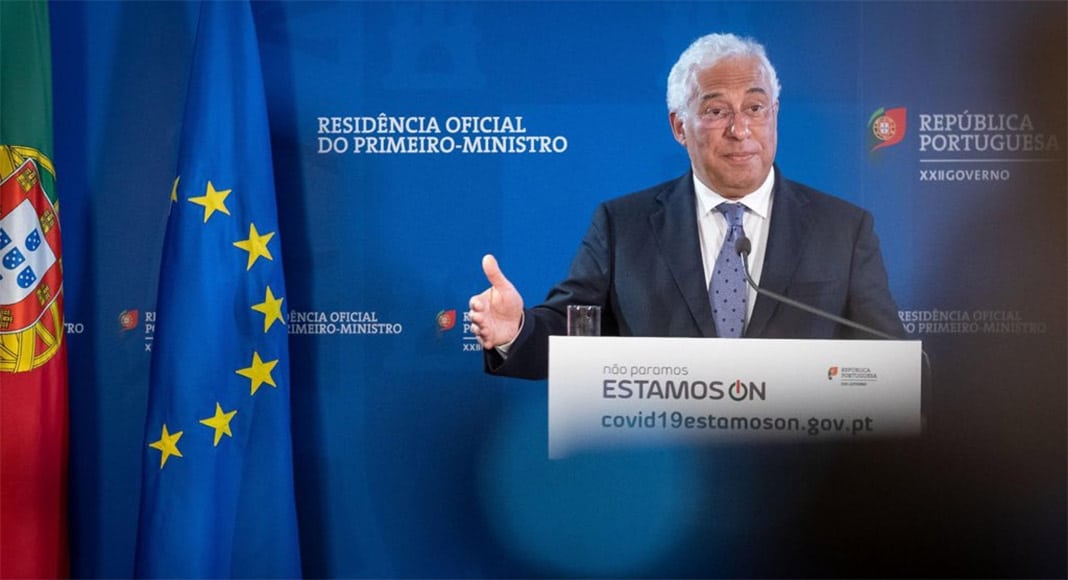 As we went to press on Wednesday, political leaders were putting the ‘finishing touches’ to a very fluid roadmap for Portugal’s ‘return to work’ following weeks of virus-led confinement; tabloid headlines were screaming: “Contagion will snowball in May” and news from northern Europe was that a first week of economic activity in Germany has seen infections spike to the point that Chancellor Angela Merkel is said to be ‘considering the reintroduction of certain lockdown measures’.

Key in the way forwards is what health experts dub the ‘R’ value (meaning the number of people one infected person goes on to infect with Covid-19).

In Portugal’s case, we are still at an ‘R’ value of 1.0 – higher in some regions, according to health minister Marta Temido on Sunday, and that’s just the start of the ‘tightrope’ facing politicians achingly aware of the fact they have a country full of people and businesses champing at the bit to be allowed back to work, in order to get money circulating again.

All week, PM Costa and his ministers have been locked in discussions with ‘experts’.

Tuesday saw a meeting with representatives of public health at which President Marcelo was also present. The bottom line, explain reports, was that the ‘experts’ confirmed the obvious: progressive relaxation of measures of confinement will see an increase of infections. The question is can that increase be contained to avoid the so called ‘second deadly wave’ which could see hospitals overrun?

And this is where Mr Costa assured as early as last week that “if things go badly, we will take a step back”.

Thus the plan – albeit not due to be fully revealed until Thursday – appears to be that Portugal will emerge from a State of Emergency at midnight on May 2 (Saturday), and enter a milder ‘State of Calamity’. A State of Calamity allows for measures to be enforced, but is softer in terms of what it means for citizens’ rights.

From Monday (May 4) – in line with what is also happening in Belgium and Italy – Portugal will start ‘going back to work’: small businesses, hairdressers, ice cream parlours, perhaps even cafés will get the green light to dust down their countertops and start accepting clients within strict safety parameters.

We have not yet been told categorically whether face masks will be mandatory, though they appear to already be in some banks.

The understanding is that different activities will open at different two-weekly points during May. Thus, the first businesses/ activities to return start on Monday. The next will begin on May 18, then June 1 – and the effect of each ‘new point of reopening’ will be monitored by health authorities who have said they cannot run the risk of more than 4000 people needing hospital treatment for the virus at any one time.

Right now, the country’s hospitals have a little less than 1000 patients in hospitals with Covid-19 – and the intention is that all of them must start picking up on schedules put on hold since the start of the outbreak.

The long-awaited return for schools appears to be unlikely before May 18 – when it will only involve 11th and 12th year pupils facing end-of-year exams – and the return date for creches seems to have been ‘put back’ from initial estimates for a return in May to one at the beginning of June.

Say reports, this latter news has been welcomed by the country’s association of infant teachers, which believes an earlier return would be precipitous even if it did save some of the centres from the threat of bankruptcy.

As the pressure to allow businesses back before they ‘collapse’ is acute, the slow return to production at the Autoeuropa car plant has already begun, and TAP is said to be preparing to pick up schedules from mid-May.

But there is so much more to come – not least the absolute unknown of how infections will fare once planes start flying in with summer visitors, and the border with neighbouring Spain reopens on May 15.

“If things go badly, we’ll take a step back”. This was the message from Portuguese prime minister António Costa today following all kinds of reports on what the country’s gradual return to work will look like.

Stressing that nothing is to be finalised before Thursday’s Council of Ministers, the PM has nonetheless made it very clear the country will be emerging from its 3rd State of Emergency into something different.

How different is what we must wait to find out.

What he has said is that every sector of the economy is defining its own set of safety regulations. These will be ‘evaluated’ by the DGS health directorate, and if accepted, the government will set out its roadmap by the end of the week.

“Rules for release from confinement will come into effect every two weeks”, said the PM.

Thus the first businesses/ activities to return will start on May 4. The next will begin on May 18, then June 1 and so on until the country is fully back, if not firing on all cylinders.

Mr Costa has repeatedly stressed that picking up does not mean returning to normal in any way shape or form.

Safety measures will have to remain in place, restrictions on numbers will be paramount – and the message that infections will inevitably rise is never far from the surface.

On Friday Mr Costa stressed “every time we free one of the measures of confinement, the risk of contamination increases”. Self discipline will be “fundamental” if the slow process of getting the country back onto its feet is to succeed.

According to Público, the first businesses to be allowed to reopen will be those described as ‘local commerce’ – small shops/ hairdressers, etc – all of them with ‘reinforced’ measures of cleanliness and the mandatory use of face masks.

Enforcing the requirement for face masks today, Mr Costa was filmed visiting factories in Paços de Ferreira wearing one, as was every member of his team.

The long-awaited return for schools appears to be unlikely before May 18 – when it will only involve 11th and 12th year pupils facing end-of-year exams – and the return date for creches seems to have been ‘put back’ from initial estimates for a return in May to one at the beginning of June.

Say reports, this latter news has been welcomed by the country’s association of infant teachers, which believes an earlier return would be precipitous even if it did save some of the centres from the threat of bankruptcy.

As the pressure to allow businesses back before they ‘collapse’ is acute, news reports today have highlighted a slow return to production at the Autoeuropa car plant, and the likelihood of TAP picking up schedules from mid-May.

Meantime, DGS health officials have been announcing the lowest numbers of ‘new infections’ since the start of the coronavirus outbreak in Portugal (see Covid-19 State of Emergency updates).