Portugal Resident
Home Portugal News “If nothing changes, Portugal on course for new confinement in December” 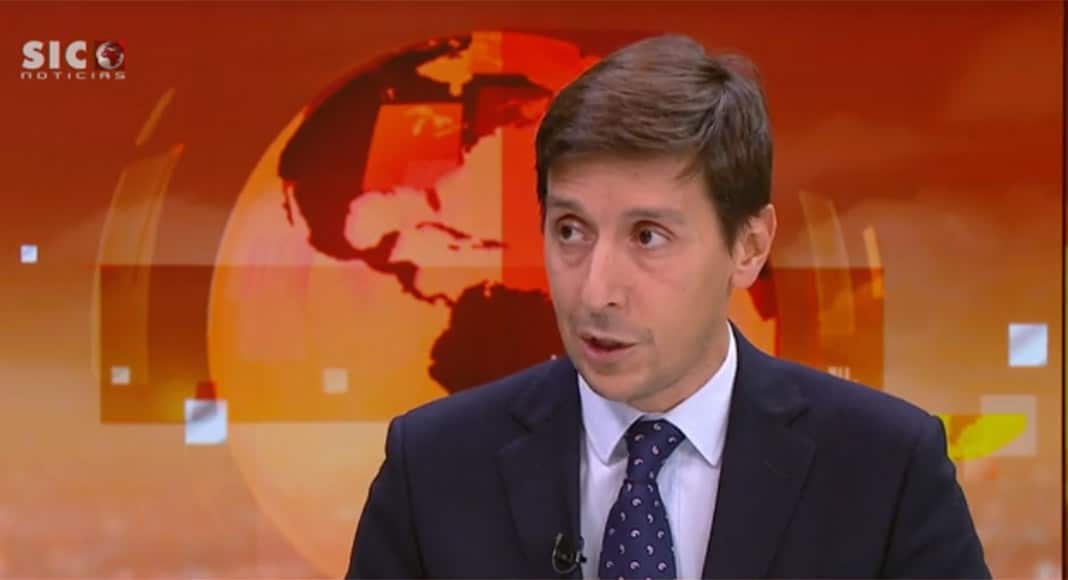 “If nothing changes in terms of virus numbers, deaths and pressure on hospitals, Portugal is on course for new confinement in December”, commentator Bernard Ferrão told SIC television news last night.

The idea of a two-week national lockdown to create ‘breathing space’ for Christmas has been mooted before. But how clear is it that current restrictions are actually working, and obviating the need for that kind of extra breathing space?

According to Expresso’s front page today “contagion has not reduced” in boroughs that have (already) been ring-fenced by restrictions for quite some time. These are the three northern boroughs of Paços de Ferreira, Lousada and Felgueiras which have been bound for the last three weeks by measures that were last night ‘extended’ to eventually take in two-thirds of the country (click here).

Paços de Ferreira, for example, had reached the point where 3,000 inhabitants per 100,000 were infected when authorities clamped down on October 23. The tally now is around 4,000 – taking it to ‘seven times beyond the national average’ of around 560 infections per 100,000 inhabitants.

Paços de Ferreira’s ‘situation’ makes it ‘higher’ in terms of infections than those suffered in the Czech Republic and Belgium (both European countries that have been worst hit by the virus).

Results have been equally lacking in Lousada and Felgueiras.

Says Expresso, the two boroughs started ‘partial confinement’ with 1,694 and 814 infections per 100,000 inhabitants respectively – and these numbers have simply increased.

“This evolution could indicate that measures are not sufficient to reduce propagation of the virus at a time when pressure on healthcare is approaching the limit”, says the paper.

Paços de Ferreira’s mayor Humberto Brito believes however that his municipality is closing in on ‘deceleration’. New infections this week have been well down on previous weeks, he told the paper, even though they are still ‘20 times above the government’s ‘safe’ criteria of less than 240 cases per 100,000.

The issue with Paços de Ferreira is that it is an area where the majority of inhabitants work in ‘industry’ and cannot work from home. It is also the second ‘youngest’ borough in the country, where inhabitants have continued to socialise in spite of all the warnings. That said, the ‘lethality rate’ of Covid-19 in Paços de Ferreira, Lousada and Felgueiras is only 0.88% (as opposed to the national figure of 1.7%) because the majority of infections are in the most resilient age groups.

He claims contact-tracing has been hampered by lack of personnel, and that there have been some people “who could have been infected since October 21 who have still not been contacted by anyone”.

Moving on to the 118 boroughs that ‘joined the blacklist’ on November 4, and many of those too have shown numbers continue to rise.

As we saw last night, only seven boroughs have improved to the extent that they were taken off the blacklist.

Experts have already warned that if measures put in place now don’t take effect, Portugal could reach a point where it is registering 11,000 new infections per day by mid-December. And that would be catastrophic for the health service.

Thus these next two weeks will be pivotal for watching the Rt (transmission) rate.

Manuel Gomes Ferreira of the science faculty of the University of Lisbon says ‘everything depends on people’s behaviour now’. “If the Rt stays stable above 1 there will be exponential growth (of the virus). If it stabilises at 1, we will get a plateau, as we did in the summer. If it drops to below 1 and stabilises, for example, at 0.9, the number of cases per day will start to decline”.

This is where we are today. The next Council of Ministers which could determine that last night’s measures still haven’t been enough – and that even more dire restrictions may be needed – is due on November 24.