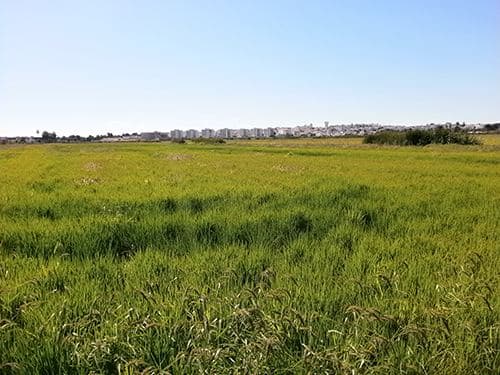 The habitual summer madness is gradually abating as the first rains for almost four months herald the arrival of autumn in the Algarve.

A collective sigh of relief can be heard from Vila Real de Santo António in the East to Sagres in the West as life in our beautiful and normally peaceful corner of the European continent assumes a more sedate pace.

Despite the economic doom and gloom’s refusal to clear, the month of August turned out to have been as busy as ever, choked roads making every journey to and from work an odyssey.

I never got to see the beach and lack of free time allowed for all but a brief scan of the daily papers – that has now changed.

At this point, I would like to point out that when digesting certain articles I like to keep one of my favourite authors close at hand, a man who has not only produced great fiction, but who must also rank as one of the most astute and humorous social observers of modern times – Samuel Langhorne Clemens, better known as Mark Twain.

“Figures often beguile me, particularly when I have the arranging of them myself,” he once said. “In which case the remark attributed to Disraeli would often apply with justice and force: ‘There are three kinds of lies: lies, damned lies and statistics’.”

Today’s Correio da Manhã contained the fact that 24 Portuguese workers are still joining the dole queue each day, adding to the 15.5% already unemployed- that is before  taking account of seasonal adjustments which will affect the Algarve in particular this winter.

Grabbing my calculator (also close at hand), I worked out the following. Of the country’s total population numbering 10.5 million, 16.5% are aged below 16 and 17.3% over 65. That leaves me with roughly seven million able bodied men and women attempting to earn a living.

Take away the 15.5% already officially unemployed plus the 300,000 or so who have left Portugal this year alone to seek employment abroad, and I am left with a net workforce of 5.5 million.

Assuming that things do not get worse, the politicians have 628 years to resolve the current malaise before the whole nation grinds to a complete standstill; if the migratory trend continues, however, that period would reduce drastically to 15 years.

Fortunately, my business has not been seriously affected by the recession and my sister, although having been made redundant in March, is working all the hours God made. That state of affairs has only started worrying me since I read that doing ‘overtime’ increases the risk of heart disease by up to 80%.

Research based on 12 studies dating back as far as 1958, involving 22,000 people from around the world, shows that long working hours could be condemning thousands of employees to heart attacks and strokes … I did not stick around to ingest the information on heavy smoking and excessive alcohol consumption and, as we are both self-employed, decided to take that particular statistic with a pinch of salt.

But let me turn to other matters contained in the press which my friend Mr Twain might have found amusing. Consider the following:

• A quarter of Britain’s babies are born to foreign mothers.

• One in eight criminals gets only a ‘Dixon of Dock Green’ ticking-off.

As you might suspect, I once more had my calculator at the ready. Regarding point one, I found it particularly gratifying that ‘in London the figure rises to more than half’.

I was born to a ‘foreign’ mother and I grew up in London. Does the second hypothesis therefore indicate that there is a one in 20 chance of me being a psychopath? Some of my friends will agree, as do researchers.

“In the same way that some of us are more susceptible to heart disease, these children are people who are more vulnerable to environmental influences that trigger the anti-social outcome,” they claim.

My increasingly well documented psycho-streak becomes all the more apparent when I confess to having been one of those many truants. School was never a happy place for me in middle class England, inherent yet subtle undercurrents of ethnic and racial prejudice forcing me to prefer the ambience of the railway station café to that of the elitist classroom.

When my inner turmoil, largely unnoticed by my otherwise loving parents, manifested itself in a shop-lifting spree (mostly unaffordable books) at the age of 12, ‘capture’ at the hands of vigilant security personnel merely resulted in the kind of above-mentioned lenient admonishment meted out to today’s thugs guilty of criminal damage, theft and graffiti. Fortunately, I progressed to become a more or less well-adjusted human being, although the mostly dormant rebellious streak does still rear its ugly head on occasion.

Mark Twain also responded to obituaries mistakenly published regarding his death with the classic ‘reports of my demise are somewhat premature’ as well as claiming that ‘golf is a good walk spoilt’- I also can assure you that I am very much alive and kicking and sincerely hope that you have not found this piece ‘a good read spoilt’.

As I take my leave, I would like to say that my dad passed away almost exactly a year ago- it seems like only yesterday and not a day goes by when he is not missed – we remember him well.