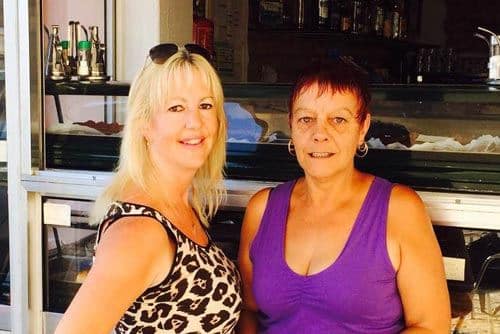 São Brás || The Ice Bucket Challenge has been one of this summer’s leading social network crazes, and now it’s here in the Algarve.
In fact, it arrived in Portugal earlier this week through Portuguese footballer Ukra.
The challenge involves celebrities being filmed having a bucket of ice cold water emptied over their heads to raise money and awareness for the motor neurone disease, ALS (Amyotrophic lateral sclerosis).
All sorts have taken it on – and the films of them screaming in horror are keeping everyone vastly amused.
The idea is that once someone has undergone “the challenge”, he or she nominates someone else.
Ukra, for instance – showing a wonderful sense of mischief – has nominated
Portuguese President Cavaco Silva, Prime Minister Passos Coelho and Finance Minister Maria Luis Albuquerque, though not a whisper of a reply has come from any of them…
But now in the Algarve, Zumba stalwarts have come to the fore, with the next ice bucket challenges going ahead this Friday (August 22) at 11am in São Brás do Alportel’s Museu do Trajo.
Zumba teacher Emma Louise and one of her students Helen Jones (pictured) will be steeling themselves for the experience to raise funds for the Centro de Medicina de Reabilitação do Sul, which cares for a number of patients with ALS. They were nominated by the founders of Zumba, Beto Perez and Alberto Perlman, who completed the challenge at The Zumba Conference on stage in front of thousands.
By doing this, Emma tells us donations will be “kept within the community”.
Thus, anyone and everyone are invited to show up and pledge some euros to two of the latest intrepid Ice Bucket challengers!