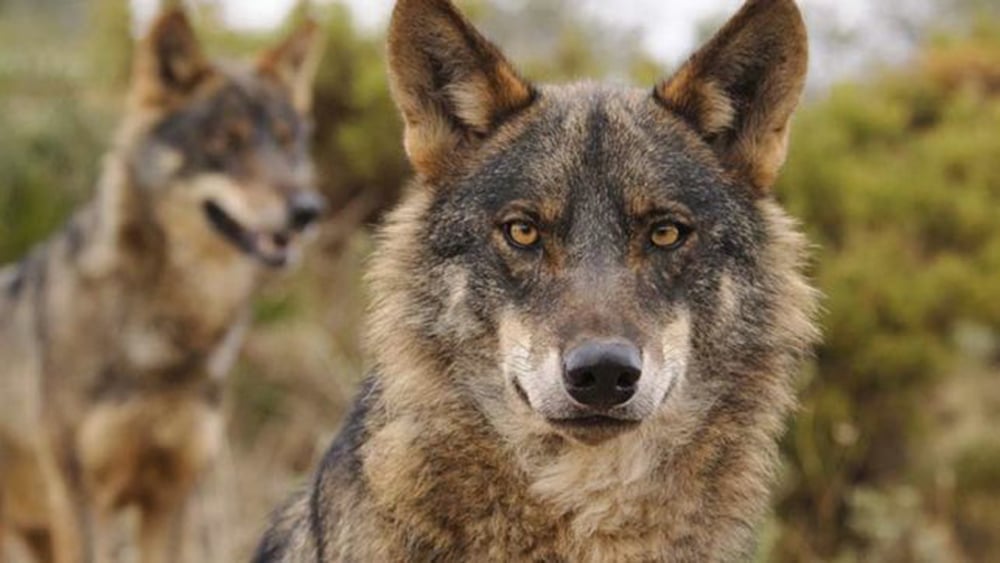 Thirteen conservationist groups have joined forces to call for the immediate suspension of the hunting of wild boar. They say it is threatening the survival of the Iberian Wolf – an already endangered protected species in Portugal.

But the issue is complicated. The ICNF (forestry commission) has specially extended wild boar hunting this year due to the problems associated with African Swine Fever – an illness that could jeopardise the country’s lucrative pork industry if it entered the country, which it is most likely to do via wild boar (click here).

In response to the conservationists’ appeal, the ICNF says that it has taken care that authorisations for special extensions on wild boar hunting “understand that it should not cover areas of wolf reproduction”.

The months of May to September are when Iberian Wolves mate. Hunting (which is done with the aid of pack dogs) drives wolves out of areas they are living in, and puts their cubs at risk.

The ICNF’s assurances have done little to convince conservationists who are, at this moment, attempting to take a census of Portugal’s Iberian Wolf population – thought to number around only 300 animals, while Spain has over 2,000.

As the Catarina Grilo of Associação Natureza Portugal (the national arm of WWF) explains, it makes little sense to extend the hunting of wild boar when Iberian Wolves prey on these animals (in other words, could control wild boar populations themselves).

She warned that the logical consequence of depleting an area of wild boar in which Iberian Wolves live could see the wolves attacking domestic cattle (from cows to sheep and goats) in order to survive – and she stresses that the ICNF edital (public notice) says nothing about hunters staying away from areas of wolf reproduction.

Their appeal is specifically for areas in which Iberian Wolves are known to be living, namely those in the north, close to Spain.