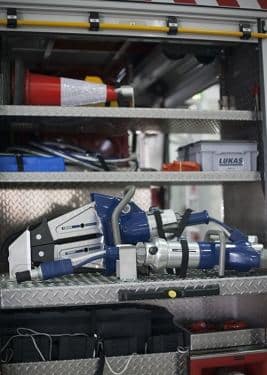 A rare Iberian wolf that was seriously injured by a hunting trap has successfully recovered due to the care given by a team from the Institute for Nature Conservation and Forestry (ICNF).

“This is a unique case in Portugal,” said José Martins of the ICNF, which has now released the animal back into the wild, after amputating the badly damaged paw.

When the wolf was found with its paw stuck in a trap, close to the village of Meixedo in Montalegre, in the north of Portugal, the animal was extremely emaciated and close to death due to starvation.

The wolf was then transported to a recovery centre for wild animals in Trás os Montes, where the decision was made to amputate the infected paw.

Despite the veterinarians’ grim outlook of a future life for the wolf, after two months of treatment the wounds had healed.

During this time, the animal’s weight and strength began to increase and was showing the necessary agility to survive independently, “so we opted for its release,” said José Martins.

Fitted with a GPS transmitter, the 31kg wolf was taken back to the locality where it had been discovered and the ICNF will now monitor the one-year-old animal’s movements and transmit information about activity, survival and possible integration into the original pack.

Presently, approximately 300 Iberian wolves live north of the Douro River and are a protected species.