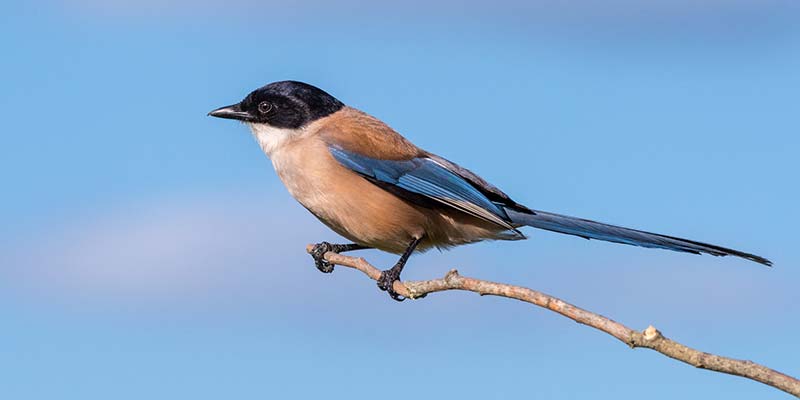 I have recently had some heated discussions with locals in my village – of course in good spirit and always over a few bottles of beer. This month, I introduce the Iberian Magpie. “The what?” you may ask. “Don’t you mean the Azure-winged Magpie?” This is usually how it all starts!

The Azure-winged Magpie has the scientific name Cyanopica cyanus and until recently it was the name given to the bird found here in Southern Portugal (and Spain) along with the species found in Eastern Asia.

However, results from genetic studies have shown that our local European birds are, in fact, a different species. Therefore, a new scientific name was assigned of Cyanopica cooki, commonly known as the Iberian Magpie or in Portuguese “Charneco”. This, together with fossils found, dispel thoughts they were introduced into Portugal back in the 17th century. Many references remain outdated which also adds to the confusion.

The Iberian Magpie is around 35cm long and is smaller than the Black and White Eurasian Magpie which is quite scarce in the Algarve, except for in the East. Males and females are identical, so sexing is difficult. For those that say the “One for Sorrow” nursery rhyme when spotting Magpies; give up with the Iberian Magpie as you may run out of numbers.

The flocks can be huge, sometimes more than 70 birds which colonially nest together. They move around their territory foraging for food and can be very noisy. I often see Jay Birds mixed in with the flocks and fights break out when the Jay steals food.

As foragers, they eat acorns, pine nuts, insects, fruits and berries, but also scavenge for anything they can find. I had the pleasure of watching one recently chasing a large Egyptian Grasshopper which was like a sketch from a comedy; the Magpie, of course, won and was treated to a large snack.

Springtime sees the female build a nest with supplies brought by the male. Five or six eggs are laid at the beginning of June and the male not only feeds the female whilst she incubates, but also performs the housework on the nest.

Young birds hatch after around 17 days and parents feed their newborn chicks. After a further 17 days, the young fledge to nearby branches where the adults continue to feed them. Young birds have grey heads rather than the black of the adults.

We have a large flock around our house and everyday they come in search of a free snack by raiding a bowl of dried cat food we leave outside for our feral cats. This gave me an idea to get close-up photographs of them.

In the garden, we have a small tree that didn’t survive the winter, so rather than cut it down, I trimmed the branches to make perches and I placed some of the same food in a small container. Everyday just before sunset, they come to visit the perches in large numbers. I occasionally place a pop-up hide nearby and spend an hour within their colony.

They can be spotted in most places in the Algarve but are not often seen in urban locations as they prefer open woodland. 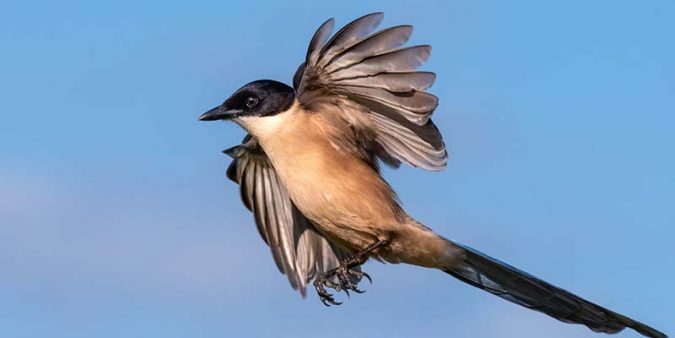 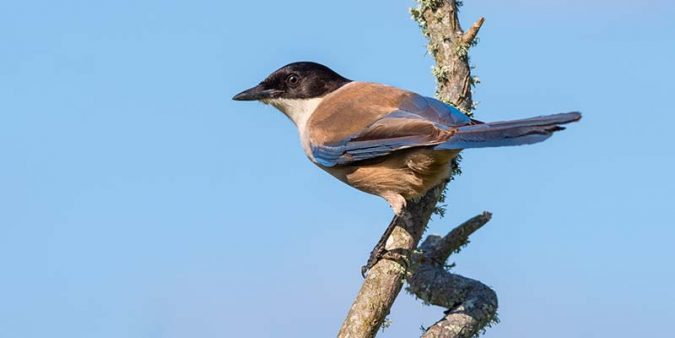 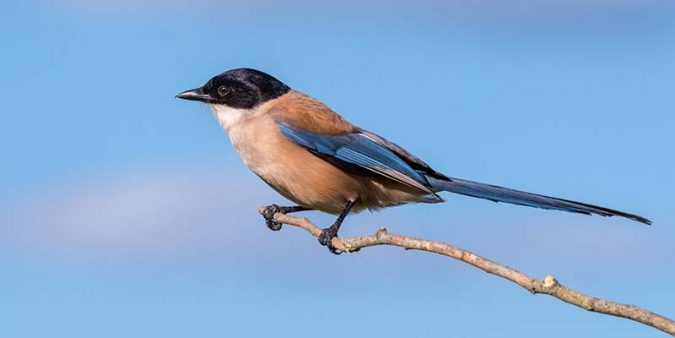