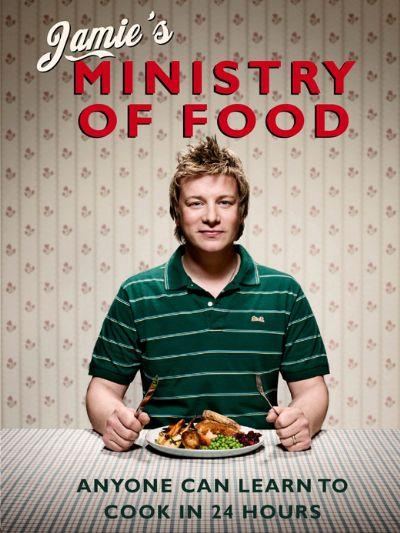 From Mrs. Beeton to Gordon Ramsay, my shelves are lined with a 40-year collection of cookery books that would grace the most discerning chef’s kitchen. Nouvelle cuisine;  farmhouse fare;  a hundred ways to cook a potato; French, Italian, Spanish, and now Portuguese of course;  you name it, I’ve got it.

I used to collect cookery books with the same passion I devoured the food they taught me to prepare. I’m proud of my collection, and if this hobby of mine makes me a ‘sad’ person, then so be it. In my dotage I have nothing to hide. There is no shame in this diversion and until recently I treated them as my best friends. But that was pre-Portugal.

Now I collect Portuguese grammar books. This definitely makes me a ‘sad’ person, and I might as well be collecting car numbers for all the good they are doing me. I gaze longingly at my vast collection of kitchen reference books, glossy and shiny, filled with colour photographs, a tantalizing teaser of what might be on the table tonight. Can’t you just smell the delicious aroma as it comes fresh from the page and onto your plate?

But needs must, and now that I have made Portugal my permanent home I must discard my culinary beauties in favour of a more essential craft. The language.

It is almost six months since I began my Portuguese lessons.  Six months of failure, disappointment, and utter frustration. Guida, my long-suffering tutor, my mentor and guide in all things Portuguese, tells me I’m doing well.  She deserves a gold medal for her patience.  She also tells porkies. I am not doing well. I am a hopeless case, and any fond hopes of fluency in my new language are nothing more than a distant dream.  But with true British determination I plod on, regardless of the consequences, the pitfalls, and the hurdles.  Hence my new hobby of collecting grammar books.

I decided to augment my somewhat miniature collection of Portuguese reference books, namely a Dictionary and Practical Portuguese, both of which are well-thumbed and nestle incongruously between Delia’s Complete Cookery Course and Cozinha do Alentejo, on the basis that the more I have, the better able I will be to speak the language. It seemed to work with the cookery books!

I surfed the Net like a whirling dervish, and within days my mailbox was full. As each new one arrived I read it from cover to cover, as per the recommendation.  I then went to look for the nearest bus to throw myself under.

You cannot believe the number of mixed messages that pop out of their pages.  Just as every chef has a different way of preparing a well-known dish, be it Yorkshire Pudding or Bolognese Sauce, so each grammarian has a different version of how to present the spoken language.  For instance, take the simple word ‘please’.  One book says por favor, another says faz favor, and another says faço favor.  Is it any wonder the Brits sometimes sound rude and arrogant?  Rather than get it wrong they don’t say it at all.

I had hoped that my latest acquisition, 501 Verbs would be my salvation, because it’s in this department that I struggle the most. Imagine my horror when I flipped through the pages to discover that each verb has 18 tenses!  And what’s more, the Portuguese know them all and use them all. Given that each tense of each verb has five endings to represent the ‘I, You, He, She, etc.’, does this mean I have to memorise 90 word-endings per verb in order to construct a meaningful sentence?  The men in white coats were very sympathetic as they stretchered the jibbering wreck of my former self into their ambulance.

My problems continue with the two forms of the verb ‘to be’, ser the permanent one, and estar its temporary cousin.  It shouldn’t be difficult.  In fact, it should be obvious.

“Estou estúpida” I announced, using the latter after a brief moment of stupidity.  There was a pause before Guida peered at me over her spectacles and gave me a ‘look’ that needed no explanation.  Surely not.  No!  I’m not always stupid!  It was just a temporary lapse! But no matter how hard I protest, stupidity, once admitted, is a permanent state according to the Portuguese.  If you’re stupid once, you’re stupid for life.  How cruel is that?

This, in itself, raises a serious issue.  It can only mean that the whole world, as seen through the eyes of our hosts, is stupid. Surely everyone, but everyone across the globe has done something stupid at least one time in their life?  The Pope;  HRH;  Barack Obama;  even you!  This makes us all dimwits which I find very hard to swallow and I advise you all to keep your lips well and truly buttoned and never, never admit to even the teeniest moment of inanity.

To prove that I’m not a total numbskull, I have, over many years of holidaying in the Algarve, built up quite a reasonable vocabulary, a lot of which I must admit I learnt from signage, billboards, posters etc.  The graphics make it so easy.  But let’s face it, advertising jargon is no substitute for the real thing, and slogan-speak doesn’t really enhance your ability to chat with the neighbours. However, this study of signage and the like did lead me to an earth-shattering discovery and I felt as if I’d re-invented the wheel. Word endings began to form a pattern.

For example, if it ends in -aria, the chances are it’s a shop, like Drogaria.  The ending -ção replaces our ending ‘-tion’, as in Recepção;  -mente replaces our ‘-ly’, as in exactamente (exactly), and ‘-icity’ is replaced by -idade, as in publicidade.  And so it goes on.  Now if that isn’t clever I don’t know what is, and I painstakingly compiled a comprehensive list of these word endings which I now use as a crib-sheet and never leaves my side. All my own work.

Or so I thought until I turned to page 22 of one of my new collection to discover that some smarty-pants had beaten me to it and they are listed there for all to see.  I was completely and utterly demoralized.

On that note, with my tail between my legs, I shall go and rearrange the bookshelves once again and assign my cookery books the pride of place they so deserve. Give me Jamie Oliver any day!